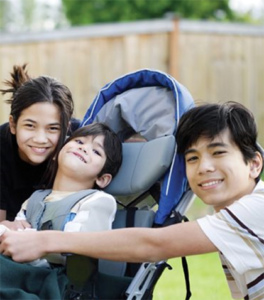 The report expressed concerns that some laws and Government institutions in Australia allow for discrimination against culturally and linguistically diverse Australians living with disability.

The report recommended that Australia “review and amend migration laws and policies to ensure persons with disabilities do not face discrimination in any of the formalities and procedures relating to migration and asylum, especially remove the exemption in the Disability Discrimination Act 1992 to certain provision of the Migration Act”.

It also recommended that Australia “remove the 10-year qualifying period for migrants to access the Age and Disability Support Pensions” and “cease transfers of refugees and asylum seeks, particularly persons with disabilities to Nauru, PNG and other “regional processing countries” as requested by the UNHCR”.

“There are currently a number of families in Australia who face deportation simply because one of their dependents is living with a disability and their care has been deemed too expensive,” she said.

“Currently the Acts allows for this legal discrimination by providing an exemption in matters relating to Migration.

“This report clearly finds that this discrimination against people with disabilities is wrong and should change.

“Australians are a generous and compassionate people, but unfortunately that is not the message we are currently sending to the international community in relation to our treatment of people with disabilities,” Ms Patetsos said, in a statement.

“We have been campaigning and calling on successive governments to implement these changes for many years now,” she said.

“This is not the first time these violations have been raised at the UNCRPD – Australia’s migration act has been viewed as out of step and in violation of the CRPD.

“Both FECCA and NEDA call on the Federal Government to accept these recommendations and remove the exemption from the Disability Discrimination Act,” Ms Coppolino said.

Australian Prime Minister Scott Morrison recently hit out at what he termed “unelected international institutions” such as the UN.

In a major foreign policy speech at the Lowy Institute, Mr Morrison said “only a national government, especially one accountable through the ballot box and the rule of law, can define its national interests”.

“We can never answer to a higher authority than the people of Australia,” the Prime Minister said.