The United Nations and Amnesty International have both issued calls for the rights of refugees and migrants to be respected during the disruption caused by the COVID-19 pandemic crisis.

The United Nations Network on Migration is concerned by reports of countries using forced return of migrants as a measure in response to COVID-19. 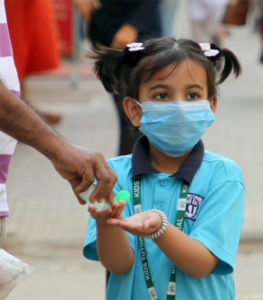 The UN has called on nations to suspend forced returns during the pandemic, in order to protect the health of migrants and communities, and uphold the human rights of all migrants, regardless of status.

“Successfully tackling the pandemic cannot be achieved without upholding human rights,” a statement from the UN said.

“When temporary border closures and movement restrictions are deemed necessary to prevent the transmission of COVID-19, they must be implemented in a way that is non-discriminatory and proportionate to achieving the public health aim pursued. Such closures should incorporate health protocols and processes to guarantee fundamental rights at all times,” the statement said.

“Keeping everyone safe means ensuring that no-one faces the risk of refoulement by being returned to places where their life, safety or human rights are threatened,” it said.

The organisation warned that overcrowded camps and detention centres will become new epicentres unless urgent action is taken.

Amnesty said that lockdowns and movement restrictions have exacerbated dire living conditions, leaving millions of people at risk of starvation and illness.

It is calling for concerted global action to ensure hundreds of thousands of people on the move are provided with adequate access to food, water, sanitation and healthcare to ensure their survival as countries prepare to come out of lockdown.

“It is impossible to properly contain this virus when so many people worldwide are living in desperately overcrowded, unsanitary camps and detention centres,” Amnesty said in a statement.

“At a time when we need compassion and cooperation more than ever some governments have instead doubled down on discrimination and abuse – preventing deliveries of food and water, locking people up, or sending them back to war and persecution,” the statement said.

“In many camps death by starvation is now reported to be a bigger threat than the virus itself. This is an appalling abdication of the collective responsibility to protect refugees and migrants, and we are urging states to take immediate action to prevent this becoming a human rights catastrophe.”

Many governments have taken actions driven by discrimination and xenophobia, which needlessly place refugees at risk of starvation and disease, Amnesty said.

It claimed water supplies had been deliberately cut off by local authorities in Bosnia’s Vucjuk camp to force the relocation of the camp’s inhabitants.

Amnesty says that in Jordan’s Zaatari camp, lockdowns prevent people from working – meaning no food or income to pay for even basic necessities.

And, in April, residents of makeshift camps in France’s Calais settlements were not receiving adequate deliveries of food and water due to lockdowns, and restrictions on movement made it impossible for them to shop for themselves, even if they had money to do so, Amnesty says.

“Many governments have continued to unnecessarily detain people seeking asylum, putting them at risk of contracting the virus. There aren’t enough tests and protective equipment for staff and people being detained, potentially igniting a powder keg of illness and fatalities,” Amnesty said.

It said other governments have violated international law by forcing people back to danger under the pretext of containing COVID-19.

“Fuelled by an existing anti-migrant and opportunistic agenda, the US has turned back over 20,000 people in violation of domestic and international legal obligations since March 20,” Amnesty said.

Malaysia has a boat of Rohingya people seeking safety; although Bangladesh eventually allowed the boat to land, at least 30 people had reportedly died when their vessel drifted at sea for two months. Presently, there are reports that several hundred people urgently need search and rescue assistance, the organisation said.

Amnesty called on governments to: provide adequate food and water supplies and health care to camps and quarantined people; consider temporary regularization of all migrants, regardless of their documentation status, ensure that economic stimulus packages and protections apply to asylum seekers and refugees, and continue to allow resettlement where possible; decongest camps, immigration detention centres and informal settlements, and rehouse residents in dignified and sanitary conditions with adequate access to healthcare, food, and water. Immigration detainees should be released if their right to health cannot be guaranteed in detention, and: uphold the right to seek asylum and the principle of non-refoulement.