The Australian government has announced a variety of changes to the regulations surrounding migration in 2019, leaving many confused as to how they will be impacted. 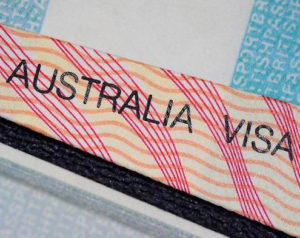 To contribute clarity, Impact has consulted with AMES Australia Project Coordinator Louise Smith to identify the most significant shifts and their likely influence.

Having worked for more than 20 years at the senior executive level of the Department of Home Affairs, Louise brings a wealth of experience in public policy to explaining both what has happened so far, and what will likely occur before the year is out.

Earlier this year, the government announced that they would drop their overall immigration cap from 190,000 to 160,000.

However, last year they oversaw the lowest intake of the past decade, letting in only approximately 162,000 individuals.

Ms Smith says that what is more significant than the overall number is the redistribution of visa classes to show a new focus upon regional immigration.

“We’ve seen the size of the program come down and now officially it is being set at that lower level with more places allocated to regional sponsored visas. These are different to the previous visas available, as they are provisional not permanent. They have to demonstrate that if they want to move onto a permanent visa, they need to have worked for a regional employer for 12 months,” Ms Smith said.

In 2019 we have also seen an increase in visa charges.

From July 1, the rates for most visas will increase by 5.4 per cent, on top of the assumed 2.25 per cent rise dictated by the Consumer Price Index measurement of inflation.

The updated fees for all visas can be found at https://immi.homeaffairs.gov.au/visas/getting-a-visa/fees-and-charges/current-visa-pricing/visit

The government has also introduced a new avenue for reuniting parents with their children or grandchildren in Australia through Temporary Parent Visas.

“In response to complaints regarding the limited number of parent visas available, from July 1 it is possible to apply for a new temporary visa that will allow you to stay for 3-5 years initially, as well as opening pathways for additional visas totalling a 10-year-period,” Ms Smith said.

Importantly, the parent must demonstrate that they intend to enter Australia only temporarily and are not permitted to work once here.

The child in Australia must first be approved as a Parent Sponsor before the Parent Visa application can begin, and fees will range from $5000-$10,000 depending on duration.

To be an approved sponsor, an individual must have a taxable income of at least $83,454.80.

Further details can be found at: https://immi.homeaffairs.gov.au/visas/getting-a-visa/visa-listing/sponsored-parent-temporary-870#About

As evidence of the government’s prescribed focus upon migration to regions, the government has also so far signed seven regions suffering skills shortages as Designated Area Migration Agreements (DAMA).

The DAMA enables operating businesses with no record of worker exploitation or mismanagement to sponsor skilled or semi-skilled workers in occupations they are unable to fill with local workers.

Businesses must offer overseas workers the same terms of employment as those enjoyed by a local applicant.

Further information can be found at: https://www.seekvisa.com.au/all-the-dama-visa-regions/.

Among other visa changes expected are the tightening of Partner Visa regulations.

Partner Visa application procedures will likely require that the Australian partner be approved as a sponsor before the visa request for their spouse can be processed.

“This is being done so as to diminish the chances of applying spouses becoming stuck in abusive or dangerous positions due to a reliance on their Australian partner to remain in the country,” Ms Smith said.

“As being approved will require a character and background check of the Australian applicant, it is projected to significantly extend waiting process times for such applications.

At this stage, it remains unclear when these changes will be implemented,” she said.

There may also be changes to the points test system. Changes announced in April, and scheduled to be applied in November, will allow new avenues to obtain points for potential skilled visas.

The main areas for which points will now be awarded are having either a skilled spouse or none at all, for being sponsored by a State or Territory government or a family member residing in regional Australia, and for having certain STEM qualifications.

“You need a minimum of 65 points, but nobody ever gets a skilled visa with that. In the most recent invitation round in June, the points requirement was 90 points, we see requirements of 75-80 regularly,” Ms Smith said.

“They will announce another 450 occupations for the regional pathways on top of the current skills occupation list. They may also take some skills off, but we are yet to see that,” she said.