Home » Latest Articles » What next for Biden on immigration?

What next for Biden on immigration?

People seeking asylum in the United States are being allowed into the country for the first time in years as thousands of others wait for courts to decide on their cases.

The move unwinds one of the Trump administration’s central immigration policies that President Joe Biden vowed to end. 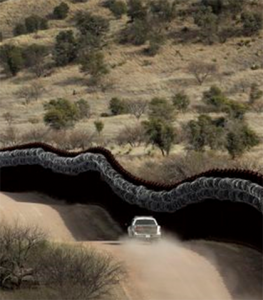 The number of asylum-seekers coming in initially will be limited, beginning at a border crossing in San Diego and expanding to Brownsville and El Paso, in Texas.

But US officials are warning people not to come to the US-Mexico border, saying an estimated 25,000 people with active cases in the “Remain in Mexico” program and several hundred who are appealing decisions should register on a website that the UN High Commissioner for Refugees is launching early next week.

It’s unclear how long it will take to work through the 25,000 cases.

But Biden is quickly making good on a campaign promise to end the policy known officially as “Migrant Protection Protocols,” which Trump said was critical to reversing a surge of asylum-seekers that peaked in 2019.

The program exposed people to violence in Mexican border cities and made it extremely difficult for them to find lawyers and communicate with courts about their cases.

About 70,000 asylum-seekers were part of the program since it started in January 2019. Asylum-seekers whose cases were dismissed or denied are not eligible to return to the country, but US officials have not ruled out some form of relief later.

The Biden administration, which stopped enrolling new arrivals on its first day, said last week that asylum-seekers with active cases would be released in the United States with notices to appear in immigration courts closest to their final destinations. This has brought relief to those who are eligible.

The Biden administration has already signed several executive orders on immigration, including allowing in more refugees and establishing a task force to find the parents of about 600 children who were separated under Trump and still haven’t been reunited.

But it hasn’t ended a public health order Trump issued at the start of the coronavirus pandemic that allows US Customs and Border Protection to immediately expel nearly everyone, including asylum-seekers.

White House press secretary Jen Psaki said the government is still working to develop a “humane, comprehensive process” to evaluate people coming to the US.

“Asylum processes at the border will not occur immediately,” she said. “It will take time to implement.”

US immigration experts have warned that Biden is headed for a crisis of fraud and abuse if he releases all asylum-seekers into the United States.

But pressure is mounting with the number of people apprehended at the US-Mexico border increasing since January, although it’s still below some previous periods.

Meanwhile, a law has come into effect in Mexico prohibiting holding children in migrant detention centres, and the US has stopped sending back some families along parts of the border.

Texas and Arizona have both sued to stop Biden’s one hundred day moratorium on deportation, which a judge temporarily put on hold.

Immigration and Customs and Enforcement officers are complaining about proposed rules to focus on detaining and removing people in the country illegally who pose national security threats or have been convicted of more serious crimes.