As the fireworks went off at midnight to kick off a new year and new decade, no one could have anticipated what the year was about to bring.

The global COVID-19 pandemic upended life in Australia and around the world in 2020, disrupting how people work, study, attend religious services and socialise.

The pandemic has claimed more than 1.6 million lives worldwide and 908 in Australia. It has also destroyed the livelihoods of tens of millions of people.

For migrants, refugees and displaced persons, the impact of the pandemic has been even worse with sources of income drying up, borders slamming shut and access to health care limited. 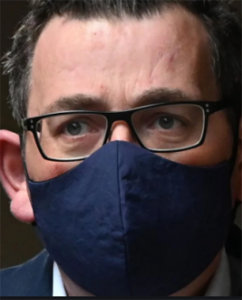 In Australia, disadvantaged people, including migrants, refugees and people from emerging communities, were twice as likely as other Australians to be vulnerable to the effects of the COVID-19 pandemic, research found.

And the pandemic saw state borders close, a three month lock-down in Melbourne and the steady flow of international students and migrants into Australia come to a halt.

In September, the Australian economy went into recession for the first time in 30 years as the nation’s GDP fell seven per cent.

But the pandemic wasn’t the only event that shaped the year.

Over the 2019-20 summer, hundreds of fires burnt mainly across the south east of Australia, peaking during December and January.

By March, the fires had burnt an estimated 18.6 million hectares, destroyed almost 6,000 buildings, including 2,779 homes, and had killed at least 34 people.

The videotaped killing of George Floyd by police officers in Minneapolis sparked an international outcry and focused new attention on the treatment of racial and ethnic minorities in the US and around the world.

The use of the #BlackLivesMatter hashtag surged on Twitter, with an average of just under 3.7 million daily uses between May 26 and June 7. On May 28, nearly 8.8 million tweets included the hashtag #BlackLivesMatter, making it the busiest single day.

They elected Joe Biden as the 46th president but not before the incumbent President Trump some of the most draconian migration and asylum arrangements in US history.

The rules also establish barriers that will make it more difficult for all people claiming asylum to be recognised as refugees and protected.

The pandemic had a dramatic effect on international travel, according to the Pew Research Center.

By April, around nine-tenths of the world’s population (91 per cent) were living in a country with partially or fully closed borders.

2020 also saw the advent of Brexit, or the UK’s withdrawal from the European Union.

Ironically, following the UK’s exit from the European Union, the proportion of Britons with a positive view of the EU rose to its highest level on record.

The UK formally left the EU in January, concluding a withdrawal process that lasted more than three years, but a Pew Research Center’s survey found that after Brexit, 60 per cent of British adults had a positive view of the EU, up from 54 per cent the year before and the highest percentage in surveys dating to 2004.

“Britons’ views of the EU remained divided along demographic and partisan lines, with younger people, those with a postsecondary education or more and those on the ideological left more likely to express a positive opinion,” the Pew Center said.

Meanwhile, International views of China turned negative in 2020, with many people criticising its handling of COVID-19.

The proportion of people with a negative opinion of China rose 24 per cents in Australia, 19 points in the UK and 15 points in Germany, the Netherlands and Sweden, with sizable increases in other countries as well, according to the Pew Center.

In all 14 countries surveyed, a majority of adults expressed a negative view of China. And a median of 61 per cent of adults across these nations said China had done a bad job dealing with the coronavirus outbreak.

Across the globe conflicts continued unabated in 2020, despite the pandemic.

The worst of these were in Afghanistan, Yemen, Ethiopia, Syria, Burkina Faso and Sahel and Libya.

Geopolitical tensions remained in places like North Korea, Iran, Venezuela, Kashmir and Ukraine and nationalist and populist leaders continued to flourish in some parts of the globe off the back of racist or anti-immigrant propaganda

But despite the ongoing conflicts and the awful effects of the COVID-19 pandemic, 2020 was also the year of every-day heroes; ordinary folk who, in small ways, made big differences in the lives of people impacted by the pandemic.

From restaurants providing meals to people out of work to neighbours waving through the windows of nursing homes to residents locked in their rooms, 2020 was the year that brought us together in ways we could never have imagined.