Australia remains resilient in the face of COVID – Scanlon report

The latest Scanlon Foundation report on social cohesion in Australia has produced some surprisingly positive results in the face of the social and psychological impact of the COVID-19 pandemic.

Despite international border closures and job losses in the past year, the survey found resilient levels of community harmony and continuing strong support for a multicultural Australia.

The report found 84 per cent of respondents agreed with the statement that “multiculturalism has been good for Australia” – in line with previous years – while 71 per cent said they thought globalisation was also good for the country.

And trust in government as well as support for the nation’s health response to the pandemic remained high despite the uncertainty it caused. 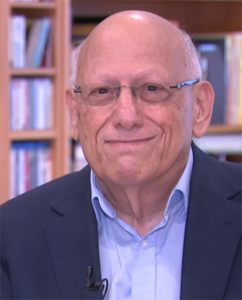 A huge majority of people approved of the federal government’s response to the crisis, and the level of trust in government in Australia hit the highest point in the 13-year history of the survey at 85 per cent.

More than 90 per cent of respondents in the five mainland states said lockdowns to suppress transmission were definitely or probably required.

And Victorian Premier Daniel Andrews, who endured a period of being attacked by sections of the media for locking down the state, saw 78 per cent of respondents back him. When asked whether the state’s 100 day lockdown was required, 87 per cent said yes.

But the survey also found significant and persisting levels of racism.

It also found “substantial negative sentiment” towards people from Africa, Asia and the Middle East, with a majority of respondents opposed to the Government providing assistance to ethnic minorities to maintain their own customs and traditions.

The survey found that 60 per cent of people agreed with the statement that “too many immigrants are not adopting Australian values”, which is slightly higher than 2019.

And 47 per cent of respondents held negative views towards Chinese Australians.

Asian Australians also expressed the highest level of concern about discrimination, with 39 per cent of participants born in an Asian country saying it had increased during the pandemic.

Nearly half of all participants also expressed negative feelings towards Iraqis and Sudanese, and above 40 per cent held negative attitudes towards Lebanese Australians.

When it comes to religion, intolerance towards Muslims remains far higher than any other faith group with 37 per cent indicating a “negative view” towards those who follow Islam.

Meanwhile, the survey indicated that young people bore the worst of the COVID crisis.

Australians under 24 in the survey were less optimistic about the future than people over 24.

And less young respondents agreed with the proposition that Australia is a land of economic opportunity where hard work yields a better life with 61 per cent compared with 72 per cent of 25-34-year-olds.

“The surveys point to a resilient, resourceful, adaptive society – perhaps a result that will surprise many,” he said.

Prof Markus said many Australians had experienced one of the toughest years of their lives, but have remained largely positive.

“Australia was not in such a bad position prior to the pandemic when you compare Australia with England and the United States,” he said.

“Both of those societies were seriously fractured prior to the pandemic. Brexit sharply divided England, as did Donald Trump in the United States.

“There have been times when Australia has been much more fractious – under the leadership of Tony Abbott as opposed to the leadership of Scott Morrison, and I think Anthony Albanese can struggle to position himself but he is basically a consensus figure”.

“This made it possible for Australia to respond to the pandemic quickly and in a cohesive way. To me this is the key point: we possibly undervalue the good things about Australia and how Australians will respond in a crisis.

“This, for me, is a really big takeaway and it’s important because it is probably not acknowledged. What we get in the media is the cut and thrust of politics rather than the long-term fundamental understanding of what works in a crisis,” he said.