Afghan minority communities in Australia fear a bloodbath when US-led coalition troops pull out of Afghanistan after almost two decades of fighting a deadly war against a fanatical insurgency.

They say the Taliban is likely to brutally seize control of most of the country and ruthlessly settle scores against Shia communities, secular Afghans and those who worked alongside US and coalition nations.

Australian Prime Minister Scott Morrison recently announced the final 80 Australian troops would be withdrawn from Afghanistan by September as US forces depart, after US President Joe Biden’s announcement they would be home before the 20th anniversary of the September 11 terrorist attacks.

While Canberra has promised ongoing support to the Afghan government for the country’s stability, it is yet to detail what that will involve. 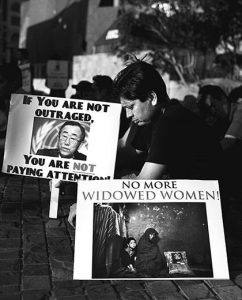 But community leaders from Afghan minority groups in Australia say the Sunni-dominated Taliban cannot be trusted to not continue their decades-long targeting of Shia communities and the repression of women’s and minority rights.

Hazara community leader Barat Ali Batoor says that a civil war is imminent and that minority groups and civilians and individuals who worked with western coalition forces will face danger.

“The Taliban isn’t interested in sharing power and has already claimed victory. One of the reasons they are delaying going to the talks in Turkey is that they are hoping that once the US and NATO pull out completely without any concessions being agreed to that they will take over completely and the current Afghan government Ashraf Ghani won’t be much of a hurdle,” Mr Batoor said.

“They are already celebrating defeating a superpower and gaining in confidence,” he said.

“There has been no real US plan for transition to a society that enjoys safety and peace. All we are hearing from the talks between the US and the Taliban is a dubious agreement that Afghanistan will not be used to mount attacks against the US.

“None of the key points about human rights, women’s rights, minority rights seem to have come up in any dealings or discussions between the Taliban and the US.

“The US seems to be believe that none of this is of any importance to them; their prime interest – under President Trump and now apparently under the Biden administration, is to end this long war.

“The result will be a deadly civil war that is about to commence and it is only the people of Afghanistan, who are mostly not party to this deal, who will pay the price.

“We are already seeing the effect of it. Major cities in Afghanistan have already become insecure. There are almost daily incidents on bombings or IED blasts targeting minorities.

“For Hazaras in Afghanistan, it’s very concerning. The Taliban has always targeted Hazaras but now even the central government has taken a position against Hazara communities.

“Afghan security forces have been attacking Hazara areas. Just days ago, in western Kabul, there was an attack on a Hazara community. After the US pull out, Hazaras will be the minority who suffer most,” Mr Batoor said.

He said western governments, including Australia’s had a responsibility to protect Afghan locals who worked with coalition forces and governments during the conflict.

“There are the people who have worked with the western nations involved in Afghanistan – many who worked with Australian forces; they will also become prime targets of the Taliban.

“Australia, and other nations who were involved in this twenty year invasion of Afghanistan, have a responsibility to take these people out of harm’s way,” Mr Batoor said.

Afghan trauma surgeon Abdullatif Stanikzai, whom fled his homeland after being targeted by militant groups following the deaths of wounded terrorists in hospital, says he fears for his remaining family still in Afghanistan.

Dr Stanikzai, now living in Melbourne, says that his family are trapped in their home unable to go out for fear of being attacked.

“Already my family face danger from these extremist groups. If the US pulls out, the condition will worsen and what security that exists will deteriorate,” Dr Stanikzai said.

“I fear for my family and many other people in Afghanistan when the US and other countries leave. There will certainly be more conflict and violence and whatever human rights advances that have been made will disappear,” he said.

The hard-line Islamic Taliban movement has proved to be a formidable fighting force in Afghanistan and a major threat to its government.

The group that was removed from power by a US-led invasion in 2001 has gradually regained its strength and now controls and influences more territory than at any point since that time.

One of the groups likely to be singled out for retribution by the Taliban are Afghans who assisted coalition forces, such interpreters and drivers who helped Australian troops.

While at least 500 were granted visas to settle in Australia, former soldiers have led a campaign to have more come here.

Recently, a group of more than 40 Afghan nationals who worked for the Australian Defence Force petitioned the Australian government to expedite processing of their protection visa applications, as the September deadline for the withdrawal of international troops approaches.

The Afghans have applied for special visas under Australia’s Afghan LEEs (locally engaged employees) program, but believe the COVID-19 pandemic has slowed down visa processing.

Meanwhile, they report receiving death threats and witnessing targeted killings of others who served with international forces.

Meanwhile, Australia’s foreign aid to Afghanistan has fallen from a high of $197 million in 2011-12 to $53.6 million this financial year.

And despite peace talks between the Afghan government and the Taliban, civilian casualties surged 29 per cent in the first quarter of 2021, with 573 people killed and 1210 injured.

“An applicant must first be certified by the relevant minister (Minister for Defence, Minister for Foreign Affairs, or Attorney-General) as being at significant risk of harm as a result of their employment or support to Australia’s mission,” a spokesperson said.

“Each application is considered on its individual merit using current and comprehensive information on circumstances in the relevant country,” the spokesperson said.