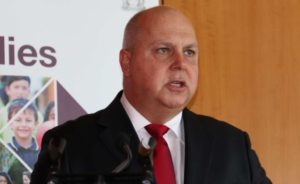 A massive investment in education and infrastructure in the 2018-19 Victorian state budget is the Andrews government’s response to a period of significant population growth largely driven by overseas migration.

Net overseas migration was the major contributor to population growth in Melbourne, adding 80,000 people in 2016-17, or 64 per cent of total population change, according to the Australian Bureau of Statistics.

Treasury Secretary David Martine revealed in a budget briefing that the rate of new enrolments in schools is even higher than the rate of population growth.

Also in the budget is $4.2 billion in spending on health and $476 million for TAFES, including free tuition for 30 courses in occupations where there is a shortage of labour.

Multicultural funding was boosted to $43.6 million including a $21.9 million injection toward specialised employment support programs aimed at improving migrant and refugee employment outcomes

The budget includes $8.6 million for a new African Communities Action Plan, which will fund programs that foster employment, education, skills, health and wellbeing.

“The funding will be provided to empower members of Victoria’s African communities to address economic and social issues,” the budget documents say.

Another $1.7 million will support culturally diverse youth at risk of becoming disengaged with the broader society.

The budget also includes more than $6 million for the Capacity Building and Participation Grants Program (CBP) for diverse cultural groups.

The program will boost participation, inclusion and contribution of priority groups – including regional communities, refugees and asylum seekers, young people, women and seniors – and is on top of $1.2 million to build capacity and boost participation in African and Pacific Island communities.

The CBP funds new and existing initiatives in culturally diverse and faith-based communities that seek to: reduce family violence and all forms of violence against women; empower Victorians of African and Pacific Island backgrounds, particularly young people, to lead projects of change; remove social and economic barriers by better connecting communities with mainstream services; strengthen the capacity of local organisations to better engage and support the people they represent; and, remove social and economic barriers for young people.

Multicultural Affairs Minister Robin Scott said the program was “designed to build the knowledge and skills of culturally diverse and faith-based communities across the state, helping more people participate and contribute to everyday life in Victoria”.

Victorians go to the polls on November 24.