As we live through what is a major humanitarian crisis with the COVID-19 pandemic reaching into every corner the globe, fears are ramping up among civil society groups and humanitarian relief organisations that emerging trends which already threaten to become humanitarian disasters will be exacerbated by the pandemic.

Before the virus struck, first in China then in tragically cascading episodes across the world, there were already conflicts, global trends and social and economic issues that threatened to produce dire humanitarian consequences.

Here, iMPACT analyses the slow-burning emergencies that could flare more quickly because of COVID-19 pandemic.

The epicentres of displacement crises have shifted from rural areas to cities. But the strategies devised for refugee camps do not work in densely populated urban areas. 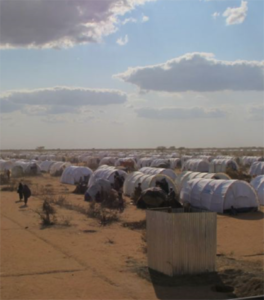 Roughly 75 per cent of the world’s refugees and internally displaced now live in cities. Urban relief operations are more complicated with more people, more levels of government input and competing interests. The humanitarian sector has been slow to adapt.

For example, the 2010 earthquake that flattened much of the Haitian capital of Port-au-Prince, was a turning point for humanitarian responders. The rules and norms employed in rural refugee camps didn’t work.

Displacement caused by the war in Syria, in particular, flipped the rural-urban ratio in humanitarian responses. Today, more than 60 percent of refugees – and 80 percent of internally displaced people – live in urban areas.

And the displacement caused by the war in Syria, has inverted forever the rural-urban ratio in humanitarian responses.

We have recently seen the tragic and profound effect an unfettered infectious disease can have withy the COVID-19 pandemic. But it could get worse. A deadly mix of factors such as antibiotic and antiviral resistance, a reluctance to vaccinate, and attacks against health workers in places like Syria, Yemen, and DRC could make it even harder to treat a range of other diseases and infections.

Conflict, weakened health systems, and poor access to clean water and sanitation have also contributed to the spread of non-COVID infectious diseases.

Last year, measles outbreaks occurred in Angola, Cameroon, Chad, the Democratic Republic of Congo, Madagascar, Nigeria, Pacific Island nations, the Philippines, and Ukraine. The number of global cases was three times as many as the year before.

Another concern is that health and humanitarian workers are now encountering a new worry: antibiotics used to treat minor infections, conflict-related wounds, and diseases like tuberculosis are no longer working.

There are also global shortages of narrow spectrum antibiotics, such as penicillin and

And the rising threat of low immunisation rates and a reluctance to vaccinate against preventable diseases is adding to the worrying trend.

Even before the economic melt-down wrought by the COVID-19 crisis, global economic and geo-political trends were negatively impacting on some of the poorest and most vulnerable people in the global economy.

Aid agencies are having to work hard to figure out how economic collapse and market contagion fit into the delivery of humanitarian assistance.

The economic downturns that are almost certain in wealthier countries will reduce funding that would have been spent in humanitarian work elsewhere.

The humanitarian fallout may not be immediate, but its impacts may be deep and long-lasting. Rating agency Moody’s is pithy: “unpredictable politics create an unpredictable economic and financial environment.” And it includes top refugee hosts Lebanon and Turkey among its countries of concern. It joins a chorus of alarm about debt: the UN points out that 40 percent of people already in need of international assistance are in countries in or near sovereign debt “distress”.

Developing and emerging economies already owe a record $55 trillion, and although many countries have been given debt payment holidays, world trade is already at its shakiest for 10 years, and economic turbulence widely predicted.

Global humanitarian needs are increasing and weather extremes fuelled by climate change are ramping up the potential volatility of environmental factors. A preoccupation with predicting what a warming world will look like ignores the role it is already playing in humanitarian emergencies as a multiplier of impact. It is also exposing vulnerabilities more quickly, driving up response costs, and adding to the impact of rises. 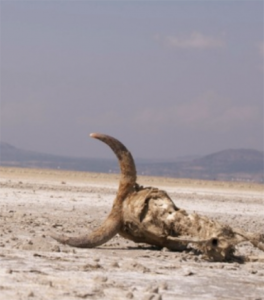 Eight of the world’s worst food crises are a result of both conflict and climate shocks, according to the UN’s humanitarian aid coordination arm, OCHA. The organisation says climate change can prolong existing conflicts by exacerbating poverty, inequality, and food insecurity.

Forecasts for the number of people who needed aid in 2019 were exceeded by more than 20 million before the year was over – a trend driven by conflict and extreme weather, according to the UN.

The majority of disaster deaths happen in fragile states, but research from the Overseas Development Institute found little funding for disaster risk reduction in areas where conflict exists. And, according to a report by the UN’s World Meteorological Organisation, there needs to be a deeper understanding of the ways in which climate change hits women and men differently – and better efforts to build this into response planning.

As the humanitarian sector becomes more dependent on data and online propagandists refine their techniques to deadly effect, the year ahead will present digital dangers. Misinformation, hate speech, and polarisation travel well online with devastating effect, as the experience of Asian in Australia and elsewhere Rohingya can testify in the wake of the COVID-19 crisis.

The humanitarian consequences of online information ‘weaponisation’ in the developing world has been blamed for communal violence in Ethiopia, inflammatory politics in the Philippines, and radicalisation and mob violence in India.

Also, as humanitarian operations accumulate giant volumes of personal and sensitive data in conflicts and situations of human rights abuse, the risks of misuse grow, the UN says.

In 2019, the Democratic Republic of Congo (DRC) was hit by a perfect storm of disease and violence. With fresh conflicts raging and Ebola outbreaks continuing, the DRC will continue to suffer from one of the world’s longest-running humanitarian crises.

The second-deadliest Ebola epidemic in history was front and centre in reporting of the DRC but there were other crises. In the north-eastern province of Ituri, around 300,000 people were displaced by conflict that few understand and hundreds of thousands more were uprooted in remote areas of the South Kivu highlands.

A measles epidemic took more than 5,000 lives, while more than 470 people died of Cholera.

The reform plans of DRC’s new President, Félix Tshisekedi, have been compromised by the lingering power of former president Joseph Kabila.

Homicide rates driven by gang violence in the Northern Triangle countries of El Salvador, Guatemala, and Honduras have long been among the world’s highest. But the COVID-19 pandemic, new migration trends – including the US closing its borders – could exacerbate the problem.

Policy changes in the US mean that thousands of migrants and asylum seekers from Central America will almost certainly be sent back to areas controlled by violent gangs. Added to this is the lack of economic opportunity and drought in the region.

Asylum systems in the Northern Triangle countries are ill-equipped to deal with the expected surge of claims due to Trump’s new policies. And the humanitarian response in the region is fragmented, with aid agencies needing to develop strategies for complex and dangerous urban responses that are not their traditional strength.

The Sahul, Yemen and Central Africa

These three areas, already the scenes of humanitarian crisis, are particularly vulnerable to a catastrophic rise in conflict, hunger and disease.

Violence and hunger in The Sahel, an area of central-northern Africa that takes in Chad, Niger, Mali and Mauritania looks set to worsen in 2020. The deaths of 35 civilians in a jihadist attack in December in Burkina Faso – where more than half a million people are now displaced, compared to 80,000 at the beginning of 2019 – was just the latest escalation of violence that is cutting off swathes of territory from aid, driving up humanitarian needs, and undermining the legitimacy and stability of the region’s governments.

Yemen is the scene of a conflict since March 2015 when a Saudi-led coalition intervened on behalf of the internationally recognised government against Houthi rebels aligned with the former president Ali Abdullah Saleh and backed by Iran.

The UN now says 80 percent of Yemen’s population – 24 million people – will need humanitarian assistance in 2020. That’s the same number as last year. A ceasefire that has come as a result of the COVID-19 crisis may bring some relief.

In Cameroon, the three-year conflict between rebels in the two English-speaking regions demanding independence from the majority francophone country has affected 1.9 million people and closed more than 80 per cent of schools.

In neighbouring Central African Republic, a peace deal between the government and rebels in 2019 has largely failed. The six-year conflict has left a quarter of the population displaced, either internally or into neighbouring countries, and roughly 2.6 million of the country’s 4.6 million inhabitants are in urgent need of humanitarian support, which is difficult to deliver because of the violence.

In Burundi, although not in open war, state-led torture and disappearances against the opponents of President Pierre Nkurunziza remain a reality. The nation’s economy has shrunk and growth is at just 0.4 per cent with food shortages and a deadly malaria outbreaks.