Global efforts to eradicate poverty are failing because the way progress is measured is deeply flawed and targets set amount to ‘miserable subsistence’ rather than minimally adequate standards of living, according to a controversial new report.

International law expert and UN Special Rapporteur on extreme poverty and human rights Philip Alston’s report to the UN’s Council on Human Rights says that using the World Bank’s ‘international poverty line’ as a bench mark “facilitates greatly exaggerated claims about the impending eradication of extreme poverty and downplays the parlous state of impoverishment in which billions of people still subsist”. 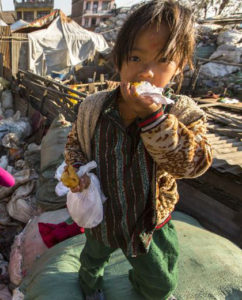 He says they need to be recalibrated in response to COVID-19, the ensuing recession, and accelerating global warming.

In his report, titled ‘The parlous state of poverty eradication’, Prof Alston challenges what he says is “the mainstream pre-pandemic triumphalist narrative” that extreme poverty is being eradication.

He says the World Bank’s international poverty line which is currently set at US$1.90 per day, in 2011 prices, and converted into other currencies with adjustments to reflect ‘purchasing power parity’ with other nations.It is derived from poverty lines used in fifteen of the poorest countries in the world, most in sub-Saharan Africa.

Prof Alston says the World Bank measure represents a “staggeringly low standard of living, well below any reasonable conception of a life with dignity.”

It is equivalent to $A16.20 a week – well below Australia’s Henderson poverty line of A$542.90 per week for a single person.

“The world is at an existential crossroads involving a pandemic, a deep economic recession, devastating climate change, extreme inequality, and an uprising against racist policies. Running through all of these challenges is the longstanding neglect of extreme poverty by many governments, economists, and human rights advocates,” Prof Alston said.

“By single-mindedly focusing on the World Bank’s flawed international poverty line, the international community mistakenly gauges progress in eliminating poverty by reference to a standard of miserable subsistence rather than an even minimally adequate standard of living.

Prof Alston said COVID-19 is projected to push more than 70 million additional people into extreme poverty, and hundreds of millions more into unemployment and poverty.

“More than 250 million people are at risk of acute hunger. Poor people and marginalized communities have been the hardest hit in almost every country, both in terms of vulnerability to the virus and its economic consequences,” he said. 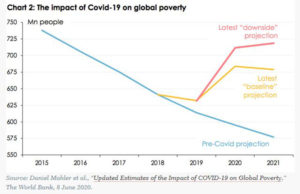 Prof Alston said that while progress has been made in improving the quality of life for billions of people over the past two centuries, it does not follow that extreme poverty is being eradicated.

“Many world leaders, economists, and pundits have enthusiastically promoted a self-congratulatory message, proclaiming progress against poverty to be “one of the greatest human achievements of our time,” and characterizing “the decline [in poverty]… to less than 10 per cent, as a huge achievement,” he said.

“Others have paid tribute to the role of economic growth and capitalism in lifting a billion people ‘out of dire poverty into something approaching a decent standard of living’.”

“Even under the Bank’s line, the figures are terrible: 700 million people living under $1.90 a day is abhorrent. But, using more realistic measures, the extent of global poverty is vastly higher and the trends discouraging,” he said.

“Rather than one billion people lifted out of poverty and a global decline from 36 percent to 10 per cent, many lines show only a modest decline in rate and a nearly stagnant headcount. The number living under a $5.50 line held almost steady between 1990 and 2015, declining from 3.5 to 3.4 billion, while the rate dropped from 67 percent to 46 percent,” Prof Alston said.

He said the world was “not even close” to ending poverty. While SDG 1 calls for a rate of zero under the IPL by 2030, the World Bank does not foresee an end to poverty even under that line.

Prof Alston said current estimates of poverty reduction would be shredded by the COVID-19 crisis.

He said that assuming that every country grows as it did between 2005 and 2015, which is doubtful, the World Bank projects a poverty rate of 6 percent in 2030.

And under a $5.04 line, projections show 28 percent of the world, or 2.35 billion people, in poverty in 2030. These projections, Prof Alston says, will deteriorate immensely as COVID-19 continues to ravage economies and public health.

“Moreover, climate change will make a mockery of these projections since few governments are taking the drastic steps needed to address emissions or their impact on poverty,” Prof Alston said.

“As of 2016 climate change was projected to push 100 million people below the IPL by 2030. If forecasts used a more realistic poverty line and fully priced in the counterproductive impact of carbon emissions, the future would look even grimmer,” he said.

Prof Alston said that despite vast resources, many high-income countries have failed to seriously reduce poverty rates under national measures and in some cases, poverty has risen alongside increasing homelessness, hunger, and debt.

“Between 1984 and 2014, poverty rose in countries such as Australia, Ireland, New Zealand, and the United Kingdom. One in seven children in OECD countries live in income poverty, and child poverty rates increased in almost two-thirds of those countries in recent years,” he said.

“While people speak of a ‘growing middle class’, most of that group lives a highly precarious existence, below the $10-a-day line associated with permanent escape from poverty,” prof Alston said

The report says the impact of COVID-19 will be long-lasting.

“According to the World Bank, the pandemic will erase all poverty alleviation progress over the past three years, and will push 176 million people into poverty at the $US3.20 poverty line,” Prof Alston said.

“Rather than resolving to address the inadequacy of their public health and social protection systems in response to the pandemic, many governments have seen COVID-19 as a passing challenge to be endured, ignoring the indispensability of large-scale economic and social restructuring.

“Others have taken it as an opportunity to undermine or restrict human rights. And rather than acknowledging how badly efforts to “end poverty” have been faring, and how relentlessly the pandemic has exposed that fact, most actors are doubling down on existing approaches that are clearly failing,” he said.

Prof Alston’s report recommends and end to the use of an international poverty line that uses a standard of miserable subsistence.

“The UN should have the courage of its convictions and acknowledge that the scale of global poverty is far more accurately reflected in its own indicators and reporting,” the report says.

“Poverty is a political choice and will be with us until its elimination is reconceived as a matter of social justice. Only when the goal of realizing the human right to an adequate standard of living replaces the World Bank’s miserable subsistence line will the international community be on track to eliminate extreme poverty,” Prof Alston said.