Hospitals and hand grenades: A refugee doctor’s journey from hell

The men had been shot and captured in a gun battle with police who demanded they be kept alive so they could be interrogated.

Despite the best efforts of Dr Stanikzai and his team, the men could not be saved. And just days later came a chilling message from the dead men’s comrades: ‘you killed our people, we are coming for you’.

From this point Dr Stanikzai was catapulted into a cascading series violent terror attacks. He was shot three times, members of his family were murdered and he was finally forced to flee for his life. 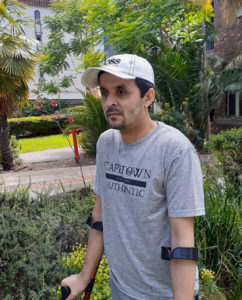 But ironically, it was after he had been resettled in Australia as a refugee that he came closest to losing his life when a botched skin graft operation left him in hospital with septic shock and septicaemia.

Now, slowly recovering from his ordeals, he is desperate to get his remaining family members to Australia and out of harm’s way; and he hopes to resume his medical career.

But the COVID-19 pandemic, his own health issues and bureaucratic inertia are proving to be frustrations.

“I had a good life in Afghanistan despite the security situation. I had a good job that I loved, helping ordinary people. And I was engaged to be married. But this is my life, this is what I have been given,” said a phlegmatic Dr Stanikzai.

He had worked for about five years as a trauma surgeon at the Civilian War Victims Kabul Emergency Hospital, a facility funded by the European Union. He also worked as a volunteer medico with the Red Cross.

“We had a contract with the government to treat anyone who was injured; local civilians even some of the terrorists like the Taliban,” Dr Stankzai said.

“At times we treated US and British civilians who had been injured in some of the attacks in Kabul.

“As a doctor I would give my number to some of the people we treated so that I could follow up with advice about their recovery. Many of these people lived far away from the hospital and it was difficult for them to travel.

“I didn’t know it at the time but my number was being shared and one day I got a call from a group of insurgents who were fighting against the Afghan government,” he said.

The group was the Haqqani Network, a guerrilla group formed during the Soviet-Afghan war which later became affiliated with the Taliban and Al-Qaeda. The group is believed responsible several terror attacks on western embassies, kidnappings and for a truck bomb explosion in Kabul in 2017 which killed more than 150 people.

“They asked me to come and work with them to treat some of their fighters who had been wounded. I told them I could not do that because I worked for ordinary people not terrorist groups,” Dr Stanikzai.

“They said ‘we’ll kill you and attack your family if you don’t work with us’,” he said.

“I contacted the intelligence police who told me to tell them if I was approached again.”

Shortly after this incident in 2012 Afghan police brought three terrorist fighters who had been wounded in a gun battle into the hospital where Dr Stanikzai was on duty.

“The police said they were senior members of the terrorist group and they wanted they kept alive so they could be interrogated,” Dr Stanikzai said.

“The three were very badly injured and had little hope but we did our best to save them. Unfortunately they died.”

“It was a clear threat that they would targets us – all of our eight-person trauma team at the hospital was at risk,” he said.

“It was frightening but also insulting because as doctors we would never deliberately harm a patient. We had done our best to save them but all three had very severe wounds.”

Dr Stanikzai talked to his superiors about the threats and the team was given security protection and a driver.

Sometime later, the doctor and some of his team were preparing to go home after a long day in the operating theatre. As they left the hospital they walked into a hail of bullets.

“I was hit in the leg, the chest and the abdomen and the force of the bullets threw me backwards and I cracked my head on the wall behind me,” Dr Stanikzai said.

“Somehow I survived but a colleague, who was another doctor, and the driver were killed,” he said.

“I was unconscious for a long time and when I woke up I didn’t understand what had happened because I had suffered had trauma.”

Dr Stanikzai said the attack gave him pause for thought.

“When I was recovering I was thinking that as a doctor this kind of violence was the opposite of what my life was about. I found it hard to understand how we, who were dedicated to saving lives, could be targeted by these people in such a way,” the 38-year-old said.

After a period in hospital Dr Stanikzai was discharged and returned to his work performing surgery on civilian victims of Afghanistan’s intractable conflict.

One day Dr Stanikzai had been preparing to go home to the village where his family lived to celebrate a festival. He was held up because of a string of emergency surgeries and didn’t make the festival. 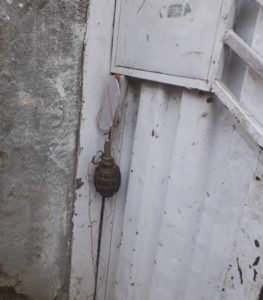 That night the terrorist group attacked his house in the village, killing his father, his uncle and younger brother.

“They were looking for me and asked where I was. They threatened to kill everyone if I wasn’t handed over,” Dr Stanikzai said.

“My uncle who was a policeman, although not armed at the time, fought with them and was killed. Then they shot my father and my brother in front of my family,” he said.

“They said ‘where is the doctor? Show us your son or we’ll kill everyone’.

“Just then the police arrived and the terrorists escaped – but not in time to save my father and uncle and my brother.”

After the attack in the village, Dr Stanikzai’s remaining family – his mother, two sisters and four brothers – moved to the relatively safer environs of the capital Kabul.

“For a while we were secure but then one day when I was walking in the city, I was shot in the chest with a silenced gun. I never saw the gunman and I never heard the shot,” he said.

When, in 2014, Dr Stanikzai once again recovered from the latest gunshot wound, his superiors advised him to leave the country.

“I was given a passport and documents and I went to Dubai and then to Indonesia. The Afghan Government supported me to live in Indonesia. I could pay rent and I even managed to get some work as a doctor with the Red Cross helping other refugees,” he said.

After five years In Indonesia, where had was linked to IOM and then UNHCR, Dr Stanikzai was given status as a refugee.

Given the choice of going to the US, Canada or Australia, he chose Australia.

“I had a friend living in the US, in Texas, and he said ‘don’t come here, it’s just like Afghanistan, there guns and bandits everywhere’,” Dr Stanizai said.

Before leaving for Australia, Dr Stanikzai had a motor cycle accident and suffered a small injury to his leg. On arrival in Adelaide in April 2019, Dr Stanizai was referred to a plastic surgeon for skin graft surgery on the injury. Ironically, this was a procedure Dr Stanizai had performed successfully himself dozens of times.

The surgery led to an infection and Dr Stanikzai ended up unconscious in hospital with septic shock and septicaemia. He endured 13 further operations to ty to repair the damage.

Eventually his case workers at refugee settlement agency AMES Australia transferred him to Melbourne in April 2020 where more sophisticated treatment was available.

After spending a month in the Royal Melbourne Hospital, Dr Stanikzai is on the road to recovery. He still is only able to walk with crutches and has suffered mental health issues because of his ordeal.

He has been linked to the National Disability Insurance Scheme (NDIS) and is receiving support.

“I am doing physio and rehabilitation and I’m working on my mental health,” Dr Stanikzai said.

Now, Dr Stanikzai’s priorities are to bring his family and fiancee to safety and to find a pathway to be able to resume his medical career.

He has grave fears for his family, he says, as he shows a picture of what looks like grenade fixed to the front door of his family’s home compound.

“I worry about my family. They are still being threatened and they have to move every few months,” Dr Stanikzai.

“I have applied to bring my family here to safety but there are requirements for documents and letters and difficult processes to go through. But my family cannot go out so it is difficult to obtain these things; and in my condition currently I’m not able to do much,” he said.

Before becoming ill in Adelaide, Dr Stanikzai had been preparing for a series of exams needed to achieve registration as a doctor.

“When my health has improved I want to continue to study to regain my medial career,” Dr Stanikzai said.

“It has always been my dream to be able to help people through my medicine,” he said.