Home » Lead story » Journey out of Africa leads to Ararat 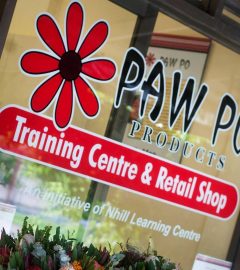 Journey out of Africa leads to Ararat

Each weekday morning Ararsa Wakjira and his two younger brothers would climb aboard their bicycles and ride the five kilometres to their jobs at Ararat’s meat processing factory.

At Ararat Meat Exports the brothers are employed in the physically demanding work of butchering and processing meat for export. After up to ten hours of toil, they ride their bikes home again.

“The work is hard but I am strong,” says Ethiopian refugee Ararsa.

His words resonate with the painful history of his Ethiopian homeland, a nation which has suffered decades of war, civil conflict, drought and famine.

And the conflict in Ethiopia continues as fighting escalates in the north of the country between the federal government and the Tigray People’s Liberation Front. 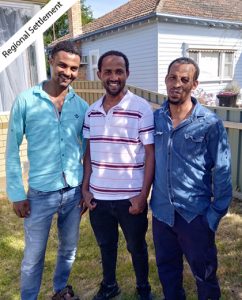 Ararsa and his brothers Buzayo and Geda moved to the Wimmera town in October to take up jobs after having spent more than a year struggling to find ongoing work in Melbourne.

They are part of part of the ‘Bridge to regional employment opportunities’ project which aims to support refugee families find jobs, homes and social and educational networks in regional towns.

The brothers arrived in Australia from Cairo in 2019, where they had sought refuge from conflict and political persecution in their home in the city of Shashamane in 2016.

Subsequently, they have been supported to resettle in the town by migrant and refugee settlement agency AMES Australia in partnership with the local chapter of a group called Regional Australians for Refugees (RAR).

“Ararat people are lovely people. They are very friendly and we feel very welcome,” Ararsa, 30, said.

“And the town is good for me because now I have work. In Melbourne it was very difficult to find a job but here is good,” he said.

With the help local volunteer groups Rural Australians for Refugees Ararsa and his brothers have bought a car and learned to drive so they no longer have to cycle to work.

The brothers share a house where they spend their weekends entertaining local friends and sharing Ethiopian coffee with their visitors.

And recently, they have joined a local soccer club with the support of RAR.

Buzayo, 25, says he prefers life in Ararat to being “bored” in Melbourne.

“I enjoy living here. In Melbourne it was hard to get a job but here we are busy and we are better off. We play tennis and we go swimming in the lake,” Buzayo said.

“The people in Ararat are very nice, some of them have become like family to us. We feel very welcome,” he said.

“We have our house and everything we need. Five days a week we work and on Saturday and Sunday we have visitors and we make coffee for them.

The brothers left Ethiopia at different times and were reunited by the Red Cross as refugees in Cairo.

They fled the civil and

Buzayo spent three years in Cairo and he says his brothers were there longer.

“There was no peace in my country. We had to leave because of the war and the politics. There was mistreatment of us by the government,” he said

“In Egypt it was very difficult to live. We could not get jobs. I worked for a while in a petrol station,” he said.

But Buzayo has dreams of starting his own business.

“In Ethiopia I used to have my own truck. In Australia I hope to buy my own truck ad house and drive my truck in my own business,” he said.

AMES Community Coordinator Mirrin Pedro said the brothers were determined to build new lives in Ararat and make the most of the opportunities the town presents.

“They are keen to become part of the local community and they’re eager to get drivers licences so they can buy a car and see more of their adopted region,” Mirrin said.

She said they were being assisted in this goal by a RAR, which is a network of regional and rural groups supporting and advocating for refugees and people seeking asylum.

RAR member Bonnie Carter says her group was also able to furnish the brothers’ house and supply them with the bicycles and helmets.

“They are lovely men and we have been overwhelmed with offers of help to support them to settle in Ararat. They arrived with literally nothing but the local community stepped up to help,” Bonnie said.

“We have also helped them with dental appointments and connecting them with Telstra. But this support is all aimed at seeing the brothers become independent and able to navigate the local community themselves,” she said.

Bonnie was also able to help Ararsa get a second job as a cleaner at a local school.  He was keen to earn more money to send home to family members still in Ethiopia.

Ararsa said that the brothers’ new lives in Australia now held out the prospect of a bright future.

“Life in Australia makes me very happy. AMES and Mirrin have helped me get this job and the RAR people have made us feel very welcome. I’m happy in Australia,” he said.