Burmese minority communities in Melbourne say they are worried about the future of their compatriots at home in the wake of the Burmese military coup.

As the Burmese military ramps up its crackdown on protesters, leaders from Melbourne’s Rohingya, Karen and Chin communities say they fear the worst and point to the army’s history of ethnic cleansing.

Melbourne Rohingya leader Shahid Habib said he was not surprised by the coup.

Almost 800,000 fled to neighbouring Bangladesh in 2017 when the Burmese military launched a campaign of murder rape and the torching of Rohingya villages under the guise of counter-insurgency.

“The Burmese military have a long history of controlling everything and attacking ethnic minorities in Burma. We have never trusted them and this is why,” Mr Shahid said.

“There has been talk that the Rohingya in Bangladesh will return home. But that will not happen now because people are frightened,” he said.

Mr Shahid said that democracy leader Aung San Suu Kyi, who was arrested by the military after winning Burma’s recent election, had always worked with the shadow of the military hanging over her.

“It has been difficult for her to stand up for change because the military has always really had all the power in Burma,” he said.

“We hoped for change and good things when she was elected but the military are very ruthless people. They don’t listen to international pressure, they just do what they want,’ Mr Shahid said.

“People just do not trust the Burmese military. We have seen them break promises and commit violence over decades,” Mr Ju said.

“If there was stable democracy established in Myanmar, then we might some progress but now that seems a long way off,” he said.

The CEO of migrant and refugee settlement agency AMES Australia Cath Scarth said that conflict and uncertainty in their home countries can cause higher levels of anxiety and mental health issues in refugee communities.

“We know that refugee communities are among the most vulnerable in our society and many face barriers to economic and social inclusion. So, when there is trouble at home and family ember are at risk, these vulnerabilities are exacerbated,” Ms Scarth said.

“It’s even more important in times of crisis, such as the coup in Myanmar, that refugee communities are given as much support as possible,” she said.

The UNHCR estimates there are about 900,000 mostly Karen and Chin refugees living in nine camps along the Thai-Burma border.

Human rights groups say these ethnic minorities were persecuted by the former Burmese military government over 30 years. They say the Burmese army systematically destroyed villages in operations described by some as ‘ethnic cleansing’. 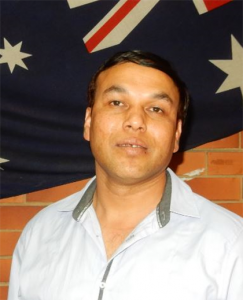 “Many people are worried about family members still in Burma. We don’t know what will happen. There are protests all over the country but the military are powerful and ruthless,” Mr Majid said,

“We would like to see more pressure from the international community on the military to restore democracy and stop violence against minorities,” he said.

Meanwhile, Rohingya refugees in Bangladesh said the military coup in Myanmar has made them more fearful of returning to their homeland and the UN has expressed concerns that the coup will worsen the situation of the 600,000 or so Rohingya still in Myanmar, including 120,000 internally displaced people who are effectively confined to camps.

Bangladesh’s Ministry of Foreign Affairs said it hoped the coup would not hamper the repatriation of Rohingya refugees which was due to start in June after a deal was struck between the two governments and the UN.

Among the displaced Rohingya, there are mixed views on Aung San Suu Kyi.

She has never addressed the Rohingya community as her people and has failed to condemn the military operation, which was described by the United Nations as a “textbook example of ethnic cleansing.”

In 2019, when The Gambia lodged a lawsuit against Myanmar before the International Court of Justice (ICJ) seeking to prevent a genocide of the Rohingya minority, Suu Kyi rejected the genocide claims, saying the case risked reigniting the crisis and could “undermine reconciliation.”

But some observers say she has been treading a fine line between achieving progress on democracy and reconciliation while keeping the military in their barracks.