A large majority of migrants and refugees new to Australia plan to become citizens and believe it is important to celebrate Australia Day, according to a new survey.

Most newcomers say they plan to mark the day in some way and that Australia Day events make them feel more welcome in their new country, the survey found.

However, most don’t know the significance of the January 26 date and are unaware of sensitivities over the day among some indigenous Australians.

The survey of 150 new migrants and refugees, commissioned by refugee and migrant settlement agency AMES Australia, also found curiosity on the part of recent arrivals about Australia’s history. 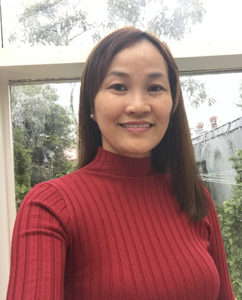 The survey asked ‘Is a national day such as Australia Day was important for the nation?’ Seventy-seven per cent of respondents said ‘yes’ while just 10 per cent said ‘no’.

Only 31 per cent of those surveyed knew the significance on January 26 – the day the First Fleet arrived in Port Jackson – while 69 per cent did not.

An overwhelming 89 per cent of respondents said they planned to become Australian citizens while 11 per cent said they had no plans to become citizens or were not sure.

More than half (61 per cent) said Australia Day would mean more them it they were citizens while 39 per cent said it would make no difference.

Eighty-two per cent of respondents said they knew, or planned to learn more, about Australia’s history and the reasons Australia Day is celebrated while 10 per cent said they did not.

The survey found Australia Day events and the tone of publicity around the day helped new arrivals feel welcome.

More than half of respondents (55 per cent) said Australians should be proud of Australia Day.

“It’s our experience that almost without exception people who are newly arrived to Australia want to fit in and become part of the broader society,” Ms Scarth said.

“They want to learn about Australia’s culture and history and they want to build connections,” she said.

Melody Carew, a migrant from the Philippines, will become an Australian citizen on Australia Day.

She says becoming a citizen is a way of showing commitment to her adopted country.

“My life now revolves around this country, so I wanted to show that I am committed. So, I’m becoming a citizen at a ceremony on Australia Day,” Melody said.

“As I citizen, I will get to vote and have a say in the way the country is run – which is important to me,” she said.

Melody plans to celebrate the day with a small gathering of family and friends after becoming a citizen.

“Celebrating Australia day makes you stop and think about all of the advantages we have in this country,” she said.

“I think Australia day is important for the nation, it shows that Australia is a united and peaceful country,” Mr Janbaz said.

He said Australia Day would mean more to him once he became a citizen.

“When I become a citizen, Australia Day will be part of will be the history of my new country, my new home.

“But even now, even though I am not yet a citizen, I feel welcome here beyond my expectations,” said Mr Janbaz, who arrived in Australia early last year.