The extraordinary arc of Gabriela Castro’s life has brought her to the small town of Nhill, in Victoria’s Wimmera, where she is working with young members of the town’s Karen refugee community.

It’s a place she had not heard of could nor could have imagined living in when she left her native Costa Rica almost twenty years ago.

Since leaving home, she has lived in Taiwan and Malaysia and along the way picked up a passion for exploring new cultures, helping the most vulnerable people around her. 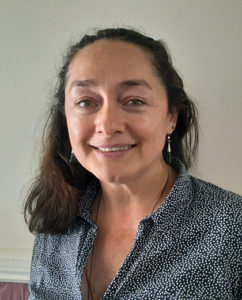 Born and raised Costa Rica, a tiny nation wedged between Panama and Nicaragua on the Central American isthmus, she initially worked in media and communications, including for the Taiwanese embassy.

This led to her being offered a scholarship to study in Taiwan.

“I was offered the scholarship to study Chinese in Taiwan. I felt at home there so I stayed,” Gabriela said.

Part of the attraction was that Taiwan has a similar political and civic culture to her homeland.

“Taiwan is a democratic country with a female president who is single and loves her cat. It is a tolerant, liberal society – just like Costa Rica – and women have an equal place in the civic life there,” Gabriela said.

“Even though mainland China puts a lot of pressure on the country, the Taiwanese stand up for democracy,” she said.

In 2000 the Democratic Progressive Party won the Taiwanese elections after decades of rule by the Kuomintang – the last vestiges of the old nationalists who ruled China until 1948 when they were defeated by the Communists under Mao Zedong.

Coincidentally, in the same year, 1948, Costa Rica abolished its army and put all the resources spent on the military into education.

Gabriela says her homeland is unique in Latin America because women have equal rights and educational opportunities. It’s a peaceful and happy place.

“I came from a humble family. My father is deaf and he worked in the family ice cream business… and my mother also had to work. But in Costa Rica we have the chance to study and I was able to study at university with support from the government,” she said.

Gabriela formed a connection early on with Taiwan because of the progressive values both nations share.

“I arrived in Taiwan in April 2001 to study and I stayed on. I worked for the Taiwanese government for a short time and later I start to work in business, facilitating business between Taiwanese and Latin American. I also taught Spanish at the Learning Centre of Taiwan University and I adored this very much” Gabriela said.

“I really enjoyed life there and the cultural and political atmosphere,” she said.

“It was very interesting. In Taiwan, doing business is different – it’s not about money – it’s more about relationships. If you approach Taiwanese business wanting to buy their product, they won’t just say: ‘here’s how much it costs’. They might say: ‘who are you and what are you planning to do with my product’.

“In Taiwanese culture there is a lot of tradition and things that have been lost in mainland China are still important; religion for example, there’s a place for just about any religion in Taiwan. It’s a very tolerant country,” she said.

Gabriela met her husband Paul in Taiwan and in 2016 they moved to Malaysia for a new job.

“We spent four years in Malaysia. I couldn’t work because I was the wife of an expatriate and not entitled to a work permit”.

“In Malaysia, it was very complicated. I couldn’t work and I couldn’t’ just stay at home or hang out drinking coffee with the other expat wives. I had to find something useful to do.

“A friend helped me get a volunteer job with the United Nations working with Chin refugee children from Burma. I used to say that I didn’t like kids but teaching these children changed my perspective and gave me an insight into how some people have great difficulties and barriers in their lives, they are a big part of my heart.

“I started volunteering at first just one day a week but gradually it became almost seven days a week with the kids practically living in my home. They were a beautiful group of children.

“With some of these classes of kids, they couldn’t go out beyond where they were living because they’d be arrested.

“So, one day I was teaching them the concept of holding your breath – like when you swim – and they said to me ‘we don’t know how to swim’. My heart melted then and there.

“I invited them to our house, where there was a pool and started to teach them to swim. We also showed them movies, which they had never seen before and we introduced them the pizza and different food from around the world.

“Meanwhile, through the good will of many Taiwanese friends and the American school in Taiwan we received some donated computers, iPads and smart phones – so I was able to give these kids access to technology. Using technology is the only way many of them can keep studying.

“After moving to Nhill, I kept helping them learn online but the Malaysian Government changed, as well the laws about Refugees and now they can attend school like any other kid”.

Gabriele and Paul had come across Nhill on a road trip during a visit to her husband parents in Adelaide.

“We stopped in Nhill and memorable meal and at that moment would be almost impossible to think that we would come to live here,” she said.

“We wanted to make a change in our live and have the experience of a regional community as we really had only experienced life in big busy cities.

“Paul applied for a job with the local council and now he has an engineering role with the shire.

“I couldn’t be just sitting at home, so I started volunteering with the local learning centre in Nhill.

“I didn’t know there were Burmese new immigrants here so it was a happy surprise that I could volunteer to help them after the beautiful experience I had had with the Chin kids.

Gabriela is teaching at the Learning Centre two nights a week leading classes such as food safety and general culture for new arrivals to Australia.

She also has a job with the local Hindmarsh Shire Council working with youth three days a week. That role has been complemented recently with another part-time role with refugee and migrant settlement agency AMES Australia with its ‘Reconnect’ youth services program, which supports young adults overcome the barriers that prevent them from accessing meaningful employment of education.

“My path seems to have been one of exploring different cultures and helping people from minority groups that face difficulties or barriers,” Gabriela said.

“I didn’t set out to do this work, it just came my way. But it is very rewarding and I enjoy it very much,” she said.