My organisation has recently been supporting a young refugee from Afghanistan called Ali. Ali has been desperate to find work even through the disruption caused by the COVID-19 pandemic.

With our support, Ali has been able to find a job in a pet food factory. His work, packing feed and straw into bags, is physically demanding, hot and dusty.

And Ali rises at 4.30am to travel the two hours or so to get to work and then makes similar return journey home at the end of the day. Before securing work, he volunteered with us to helping to deliver care packages to disadvantaged families.

Ali is emblematic of the contributions migrants and refugees make to this country. 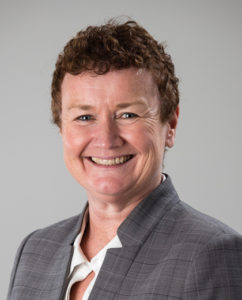 We at AMES Australia know from our work in supporting them that migrants and refugees are desperate to carve out new lives for themselves and their families in this country.

Surveys we have conducted show more than 60 per cent of migrants and refugees volunteer in their local communities; in schools, in sports clubs, in churches or places of worship and with community groups.

Refugees and migrants also have an optimistic view of Australia’s future. Another recent survey, conducted during the COVID-19 crisis, found that 72 per cent felt that things would return to normal soon – compared with just 18 per cent among Australian-born residents.

This speaks volumes about the resilience of refugees and migrants, many of whom have survived difficulties, including conflict, the loss of loved ones, torture and trauma.

But while migrants and refugees are optimistic and keen to do the right thing by society in the face events like the COVID-19 pandemic, they are also among the most vulnerable to its negative impacts.

The latest Australia Labour Market Update from the National Skills Commission shows the COVID-19 pandemic is having a devastating impact on economic growth and labour market activity in Australia – and especially for migrants and refugees.

Furthermore, the sectors that have lost most jobs as a result of the COVID-19 pandemic include transport, warehousing, retail, accommodation and food services – all of which have a high proportions of migrant workers.

Furthermore, international students and those on temporary visas have been hit hard by the pandemic, with many of them unable to return home because of border closures and a lack of transport options

We know that newly arrived migrants and refugees have historically had a higher unemployment rate than the general population – about 5.9 per cent compared with 4.7 per cent for the Australian-born population in 2019.

But we also know that over time migrants and refugees achieve higher workforce participation than the Australian average. Migrants who are citizens have an unemployment rate of just 3.3 per cent according to the Australian Bureau of Statistics.

And we know that migration has been a major driver of economic growth in Australia and could continue to be with a study by the Migration Council of Australia showing that if pre-COVOD immigration programs return after the crisis they could as add much as $1.6 trillion to Australia’s GDP by 2050.

That is why the nation’s COVID-19 economic recovery plan must be inclusive of those who are new to our shores.

Some practical measures around how to do that can be found in a report the recently published by the Victorian Parliament’s bipartisan Legislative Assembly Economy and Infrastructure Committee.

The committee recommends support for recently arrived refugee and migrant jobseekers to gain recognition of their overseas qualifications as well as English language programs that are tailored to the needs of newly arrived people.

My own organisation has been delivering a commonwealth Department of Social Services-funded program called the Career Pathways Pilot which has had great success at supporting migrants and refugees have their overseas qualifications recognised and resume their professional careers.

Also among the recommendations are: an expansion of training opportunities; the co-design and co-development of employment programs with employers and jobseekers, and; a whole‑of‑government approach to address structural barriers to employment such as public transport shortfalls, poor digital connectivity and access to training and work opportunities.

The report also recommends that governments ensure outcomes‑based funding models for employment services do not discourage providers from working with these harder‑to‑place individual jobseekers.

Another way of ensuring migrants and refugees are included in our economic recovery could be through regional settlement initiatives.

We have seen some spectacular success stories where struggling regional communities in need of a boost in terms of both population and skills have welcomed migrants and refugees into their towns and cities.

In places like Nhill, in western Victoria, Katanning, in WA, Toowoomba, in Queensland and Murray Bridge, in South Australia, injections of migrant workers have breathed new economic and cultural life into communities.

Indeed, an economic study of the settlement of Burmese Karen refugees at Nhill found that the initiative had added $105 million dollars to the local economy as well as 156 jobs.

To their credit, both Prime Minister Scott Morrison and Victorian Premier Daniel Andrews have said that during this pandemic, and the economic crisis it has spawned, no one should be left behind.

So, as we move to recover from the crisis and rebuild our economy and restore our social networks and infrastructure we should ensure that everyone, including the most vulnerable among us, is on board.