Dozens of refugee health professionals across Victoria stand ready to help out in the fight against the second wave of COVID-19 pandemic should they be called on.

In Victoria, almost 40 doctors, pharmacists, vets and dentists, who are in the process of having their qualifications recognised and being given the green light to practice, have joined a register of interest to support the effort to slow the infection rate of COVID-19.

The proposal comes as other countries caught up in the COVID-19 crisis are considering harnessing the skills of recently arrived refugee doctors.

The medicos on the Victorian register are part of a skills recognition program delivered by migrant and refugee settlement agency AMES Australia.

AMES Australia CEO Cath Scarth said the refugee health professionals were desperate to contribute to the fight against COVID-19. 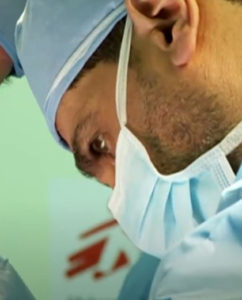 “When you look at the stress our health system in Victoria is coming under during this second wave, there may be a role for these incredibly committed people who are desperate to make a contribution,” she said.

One of the effects of the pandemic has been to slow down the skills recognition process for skilled refugees and migrants.

Iraqi reconstructive surgeon Dr Moukhallad Saud says he is desperate to make a contribution to the fight against COVID-19.

“Of course I want to help. I’ve been helping people for 18 years working as a doctor,” he said.

“I appreciate the help Australia has given my family and at this time I feel a moral obligation to do my part. And I feel sorry I can’t. If I was allowed to help I would be happy to,” he said.

Dr Moukhallad fled his home in Iraq in 2013 because of the conflict there. Spent five years in Jordan working for Medicens Sans Frontieres treating the victims of conflict before arriving in Australia in December 2018.

He has passed two of the three steps needed to qualify as a doctor in Australia but his final clinical exam has been delayed because of the COVID-19 crisis.

Iraqi veterinary scientist Farah Kheder said he was trying to fast track his qualification recognition process so he is able to help in the fight against COVID-19.

A specialist in zoonotic diseases, which are passed from animals to humans as in the case of the coronavirus, Mr Kheder believes he could make a contribution in the fight against COVID-19.

“I would be very happy to help in the fight against this terrible disease. I feel it’s my duty as a doctor to do something to help,” he said.

“Being able to help would give me a feeling of satisfaction in contributing to this country – which has given my family safety. It’s a duty for everyone,” Mr Kheder said.

Since arriving in Australia, he has been studying language and clinical courses to qualify to work as a vet here.

Iraqi doctor Ann Shemiss said she would jump at the chance to contribute to the fight against COVID-19.

“This is an emergency situation for the whole world. I would consider it my duty assist,” she said.

Now in Australia, she has completed all the required exams and is waiting for provisional with the Australian Health Practitioner Regulation Agency (APHRA)

Earlier this year, the Irish Medical Council told government officials there that they should incorporate into the health system refugee and asylum seekers who were trained as doctors in their home countries.

And Canada is also considering integrating foreign doctors into its health system.

Canadian infection control epidemiologist Prof Colin Furness believes it may be the opportune time for the Canadian health system to be flexible and integrate foreign physicians who may not have gained licenses in Canada.

“We can’t manufacture doctors, we can’t manufacture nurses, we have these experts and we should make use of them, because the situation will become extremely desperate soon,” said Prof Furness, an assistant professor of information in health policy at the University of Toronto.