Abeer Ziada and Ann Shemiss’ close friendship was forged through their common experience as refugees fleeing a brutal conflict and their support for each other as they struggled to re-establish their lives in Australia.

Both women are medical professionals, both have children and husbands and both have studied for years to be able to resume their careers.

But they both now face the prospect of giving up on their dreams because of seemingly capricious changes to the arrangements for foreign-trained doctors in Australia.

Recently changed rules mean that once the women qualify as GPs, because they are recently arrived permanent residents they will have to spend ten years in remote or regional Australia to be able to practice. 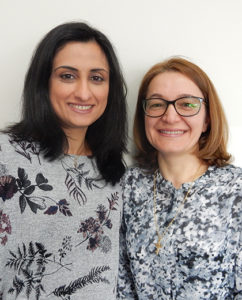 Now in Australia, she has completed all the required exams to reach a level to be able to apply for provisional registration with the Australian Health Practitioner Regulation Agency (APHRA) and is about to start an observership at the Northern Hospital in Melbourne.

But if she gains status as a general practitioner, she will be forced to leave Melbourne, where her four children have settled and made friends after five years of constantly moving because of the conflict that displaced them.

“We have spent three years studying for and passing our clinical and English exams. When we started out on this pathway if we had known they would end the exemptions for people having to work in remote places, we might have chosen a different career,” Ann said.

Ann qualified as a doctor in 2001 but she and her family were forced to flee their home in 2014 when ISIS attacked their town.

They fled north to Kurdistan away from the fighting as Ann was about to give birth.

“It was June 2014 when ISIS attacked. We moved north and I was desperately looking for a hospital or anywhere that I could find to give birth. After ten or eleven hours we found a hospital and my daughter was delivered,” Ann said.

“A few days later we went back to Qaraqosh where it has become safe but 40 days later ISIS came back and started to burn our town. We had to move again and this time we left forever,” she said.

Ann and her family lived for 18 months in the Nashteman camp. The camp was home to 300 families with three-to-five families sharing tiny apartments with basic amenities.

Ann worked in the camp’s medical clinic as a volunteer dispensing medicines for fellow refugees provided by international NGOs as none was available locally.

She and her family then moved to Jordan and were finally settled in Australia in 2016.

Since then she has been studying to be able to realise her dream of working as a doctor again.

“I want to work as a GP but it is very difficult. I have two teenage children who, after years of disruption and dislocation, are settled in Melbourne. They have made friends for the first time since we left Qaraqosh,” Ann said.

“My husband is also studying to resume is career as an engineer and there are opportunities for him here in Melbourne. It would be difficult for him to move,” she said.

“We are very grateful that we are safe here in Australia, but it seems unfair to make us more to a remote are to practice medicine. It would break up our family.

“We have seen a lot of suffering and a lot of traumatic events in our lives. The conflict has cost me all of my money, my job and my family has been split up across the world.

“We left Iraq to give my kids a good life. But it would be unfair for them to have to move again just as they have settled in school and made friends,” Ann said.

Abeer, a trained pathologist, is from the Syrian city of Homs, which was infamously obliterated in the Syrian civil war.

She and her family fled in 2012 as Homs became the epicentre of fighting between Syrian government forces and rebel militias.

“We had to leave our houses and jobs because it wasn’t safe for my only daughter at that time,” Abeer said.

The family moved to a safe village in Syria and in the meantime, Abeer worked part-time as a pathologist and GP, then in 2016 Abeer and her family moved to Lebanon and applied for a refugee visa.

In August 2016, Abeer and her family were granted visas to come to Australia to join her brother-in-law.

It was while studying English at migrant a refugee settlement agency AMES Australia that Abeer met Ann.

“At the time of arrival in Australia, I had no idea how to go about resuming my career,” Abeer said.

“I met Ann and we became friends and study partners. She told me about the pathway to medical registration and we set out together on it supporting each other,” she said.

The pair helped each other through the clinical exams they needed to pass as well as the English OET exams required for medical professionals.

They both did a bridging course to help prepare them for the clinical exams and studied hard together.

Abeer applied for an observsership at the Northern Hospital and ultimately was employed by Northern Health as a Hospital Medical Officer.

But her career goals mean becoming a registered GP which means she will have to move to a remote or regional locations.

Abeer says her children are settled in school and her partner, a civil engineer, has just found a job working in the city.

“Previously there were exemptions to the restrictions on where we could practice but they were cancelled two months ago.

“My kids have already had years of insecurity and change in Lebanon and they has found good friends so it seems unfair to me that I would have to leave them to practice medicine,” Abeer said

have to leave them to practice medicine,” Abeer said.