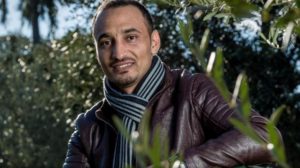 Newly arrived refugees overwhelmingly find Australia a safe and welcoming place that is relatively free from racism, a new survey has found.

Getting stable work and seeing their children educated and prosper are the priorities for most refugees; and safety and security as well as lifestyle and leisure opportunities are the things they most appreciate about Australia.

The survey found unemployment and crime or violence were the biggest immediate fears among newly arrived refugees while 69 per cent of respondents said life in Australia met their expectations and 86 per cent said they were happy.

Commissioned by migrant and refugee agency AMES Australia, the survey canvased 300 newly-arrived refugees in Melbourne and Sydney asking about their hopes, fears, experiences and expectations of settling in Australia.

The study surveyed people from 21 different nations over six weeks in March and April 2018. It also sorted the data for each of the main three cohorts of new refugee arrivals – those from Middle, Africa and South East Asia.

‘Safety and security’ (61 per cent) was the most common reason for coming to Australia while 23 per cent cited their ‘children’s future’ and 12 per cent said ‘economic security’.

Unsurprisingly, refugees from the Middle East (71 per cent) were more likely to cite ‘safety and security’ as the main reason for coming to Australia than other cohorts.

Seeing their children educated was the most common long-term goal among the respondents (41 per cent) while 30 per cent cited running a business. Thirteen per cent cited owning a house and 12 per cent building a career.

Learning English was seen as the most important factor in settling successfully in Australia (42 per cent) with finding job being cited by 32 per cent of respondents.

Finding work was also the biggest worry among newcomers with 59 per cent saying so.

Safety and security as well as lifestyle and leisure opportunities were seen as the best aspects of living in Australia (43 and 16 per cent respectively) with 11 percent citing career opportunities and health and education each attracting 9 per cent of respondents.

Lack of work (46 per cent) was the worst aspect of life in Australia for most newcomers followed by the cost of living (21 per cent) and missing family and friends (19 per cent).

Unemployment (53 per cent) and violence or crime (17 per cent) were the greatest immediate fears respondents had relating to their new life in Australia.

Afghan refugee Mirwais Janbaz arrived in Australia in April after almost 20 years fleeing a life of persecution and violence in Afghanistan and Pakistan as a member of a Dari-speaking minority.

“We were very scared in Pakistan. The police would come and take money from us with guns. We were not allowed to work or even ope a bank account,” Mr Janbaz said.

He said life changed dramatically when he arrived in Australia.

“At the airport they asked for my passport, checked my documents and said ‘welcome to Australia’. That was the best moment for me,” he said.

“In Pakistan I was scared of the police. Here, they help you when you are trying to find your way – it’s very different.

“I am grateful to be given a life, an identity,” he said.

AMES Australia CEO Cath Scarth said the survey’s findings showed that overwhelmingly refugees newly arrived to Australia had positive, optimistic attitudes and were keen to work and contribute to the country.

“The findings from this study indicate that newly arrived refugees are not passive bystanders but are actively engaged in forging a new life and demonstrating a high level of ingenuity and resilience to adapt to life in their new country,” Ms Scarth said.