Newly arrived refugees and migrants are now feeling safer and more confident that the worst of then COVID-19 pandemic is over in Australia but they report being impacted financially to a greater degree than the general population, according to a new survey.

A snapshot poll by migrant and refugee settlement agency AMES Australia also found new arrivals had high levels of trust in Australian governments’ handling of the medical and economic crises and were feeling better informed.

Earlier surveys carried out in April and July found migrants and refugees from non-English speaking backgrounds were more worried and felt more vulnerable to the health and economic impacts of the COVID-19 crisis than ordinary Australians.

But a follow up survey of the same sample of 130 people from 27 different countries, carried out in the first week of December, found new arrivals feeling much less anxious about the pandemic. 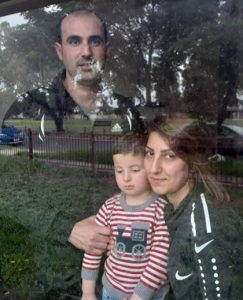 In the latest survey 77 per cent of respondents said their level of anxiety about COVID-19 was low or moderately low and just 5 per cent said it was high. In April, 51 per cent rated their anxiety as high.

Eighteen per cent said the internet was their main source of information, 14 per cent said social media and just five per cent cited media in their home country.

Ninety-one per cent of respondents said they were confident the virus had been suppressed in Australia. In April and July confidence levels were at 11 per cent and 73 per cent respectively.

Levels of compliance with COVID safe protocols have remained high among new arrivals throughout the pandemic, the surveys show, with around 90 per cent of respondents saying they were compliant.

Sixty-two per cent of respondents reported being financially impacted by the pandemic, higher than the Australian Bureau of Statistics’ figures for the general population of between 24 and 37 per cent.

But 89 per cent of migrants and refugees say they are confident ‘things will return to normal’ and just 7 per cent say they will not. In April, 72 per cent of respondents said they were optimistic and that figure was 83 per cent in July.

Seventy-eight per cent of respondents said they were optimistic about their lives into the future while 11 per cent were not optimistic.

Overwhelming, newly arrived migrants and refugees feel a vaccine will mean an end to the crisis with 71 per cent agreeing with the proposition.

AMES Australia CEO Cath Scarth said the survey series highlighted the inherent resilience in migrants and refugees and showed that they were keen to do the right thing by society in the face of a serious crisis.

But she said it was also clear they were among the most vulnerable to the negative impacts of the pandemic.

“It’s clear that people who are newly arrived to this country want to make a contribution by complying with the social distancing and health advice. Indeed, many are working on the frontlines of the fight against the crisis in aged care facilities and hospitals,” Ms Scarth said.

“But it is also clear from the data in the survey that they are among the people who are most exposed to the negative health and financial impacts the pandemic is having,” she said.

“But we are also seeing optimism in the data, which is not surprising to us. In our work with refugees and migrants we are always seeing the resilient and positive natures of people who are setting out to build new lives for themselves,” Ms Scarth said.

They are grateful to be in Australia for two reasons. Firstly to have a refuge from the war and civil strife in their homeland and secondly because Australia has, to date, successfully suppressed COVID-19.

Revan says her level of anxiety is “moderately low” but she feels her family is fortunate to have arrived in Australia as the pandemic spread across the globe.

“We feel very fortunate to be here in Australia when you look at what is happening in other parts of the world,” Revan said.

“Australia is a safe country in so many ways and I am confident that we are protected from COVID. The health system and the politicians have done a wonderful job in getting control of this virus and we are looking forward to getting on with our lives here, “she said.