Around 250,000 newly minted Australian citizens will vote in tomorrow’s federal election – the most at any election in history.

And, according to Australian Electoral Commission and Department of Social Services data, among the new citizens voting will be more than 10,000 former refugees, many of whom have never voted before or have voted only under duress.

One of them is Ekhlas Franso, who with her two sisters escaped terror attacks on the streets of Baghdad and survived seven years as refugees living in Syria with little money and no work.

Now, as recently confirmed Australian citizens, they will be voting in tomorrow’s federal election for the first time.

Ekhlas says her vote is important because it puts in place the last piece of new identity as an Australian.

She feels she has finally achieved a full, new life in a stable and free society. Ekhlas says voting, for her, is both a right and responsibility.

“In Iraq every time we voted it was with fear. No one forced us to vote a certain way but if we didn’t vote for the right person there could be trouble. But here in Australia the 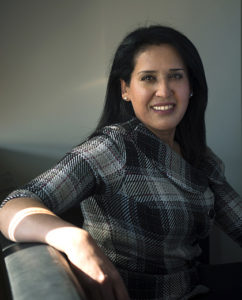 re is democracy and freedom,” Ekhlas said.

“Becoming citizens last December was really important for my sisters and me. We now feel like we belong somewhere and we can move on with our lives,” she said.

“On election day we will cast our votes like other Australians. It will be a privilege and it marks our good luck in becoming a part of this wonderful country,” Ekhlas said.

She said she was forced to flee her homeland in 2006.

“The violence was increasing with the terrorists and different groups fighting,” Ekhlas said.

“As Christians, things were even more dangerous for us and when my sister was threatened, we knew it was time to leave,” she said.

Ekhlas and her sisters Basma and Nadia fled to Syria where they spent seven years in limbo.

“Life was also difficult in Syria. We could not work and my sister here in Australia was supporting us. She applied for us to come to Australia as refugees and after seven years we were accepted,” said Ekhlas, who now lives in Melbourne’s north.

“At the beginning everything was new and it was difficult coming to a new country and a new life here in Australia but now we are very happy to be in a free country and to be safe,” she said.

Ethnic Hazara Muhammad Raza was born and grew up in Pakistan and although he was a citizen, he was forced to flee his homeland when extremist militias targeted his community.

“In Pakistan we could vote but the political process is corrupt and you were always choosing the lesser of a set of evils. We have a history of politicians robbing the country to get rich,” Raza said.

He said voting in his first Australian federal election was “awesome”.

“I am very excited and I’m taking the opportunity to vote very seriously. It is a privilege to cast a vote in choosing who will represent us,” Raza said.

“In Australia we have a democratic system that is transparent and accountable compared to Pakistan.

“Here I can approach my local politician if I have a problem. In Pakistan, I would never get near a politician. 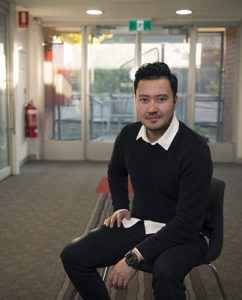 “I feel that I am now part of this country and I take the responsibility to vote seriously. I am grateful to Australia for giving me a new life and full place in this society,” said Raza, who now lives in Melbourne’s south east.

CEO of migrant and refugee settlement agency AMES Australia Cath Scarth said overwhelmingly, refugees and migrants relished the chance to vote and play a part in the political process.

“Refugees and migrants see the right to vote as a validation of their places in Australian society and it gives them a sense of belonging,” Ms Scarth said.

Many, especially refugees, have come from places where they don’t have a vote or the act of voting can be extremely dangerous. So, we find most new citizens relish the opportunity to take part in the political process and take it very seriously,” she said.

Ms Scarth said part of AMES Australia’s mission was to help orientate newly arrived refugees and migrants to Australian society and part of that work was to help them understand the electoral process.

“Australia’s preferential voting system, particularly, can be confusing. So we work with the Australian Electoral Commission to help newly arrived citizens to understand how the system works and also the mechanics of actually voting,” she said.

“We also stress that voting in Australia is compulsory and that it is a safe and normal thing to do,” Ms Scarth said.