The majestic Mountain Ash forests of the Dandenong Ranges are a long way from the mangrove swamps of Manus Island and the coral outcrops of Nauru.

But scattered among the tree ferns and messmate stands around the townships of Monbulk and Kallista live the members of a small volunteer group that has had a big impact on the lives people who have suffered as result of being caught up in Australia’s system of offshore immigration detention.

‘Kindred’ is a group of like-minded people, mostly mums, from the local area who are concerned about Australia’s asylum seeker policies and want not only to help those affected but also to see them changed.

The group has vision for a kinder and more compassionate society in which communities are the driving force of a spirit that would see asylum seekers welcomed in Australia.

Clare Pritchard was one of the founders of the group and her work with Kindred saw her nominated for an award at the 2017 Australian Settlement and Migration Awards. 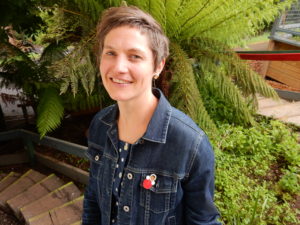 Clare has a background in social work and has worked in trauma counselling. She now teaches yoga locally in the Dandenongs and also specialises in trauma sensitive yoga, which provides an opportunity for victims to safely experiment with breathing, moving, strengthening, stretching and resting; regaining control of their own bodies.

She works part time at the Western Region Centre Against Sexual Assault in Footscray and at CASA House at the Royal Women’s Hospital. Clare is also a member of the detention advocacy team at the Asylum Seeker Resource Centre.

But her passion over the past few years has been Kindred.

Clare said the death of Iranian asylum seeker Reza Barati who was murdered in Papua New Guinea in 2014 was the spark that created the group.

“When this young man was killed we just felt compelled to do something. So we put out an invitation for people to come and meet at the yoga room and we lit a candle in his honour,” she said.

“A handful of women came who were concerned about the issue. We didn’t really know what we could do but we realised we needed to do something,” Clare said.

The fourth avenue has largely meant having volunteers visit detainees at Melbourne Immigration Transit Accommodation (MITA) in Broadmeadows to provide friendship and support in a casual informal way.

But Clare says it has sometimes been difficult for volunteers in the group to see “the cold hard face of the detention system”.

“These are not trained case managers and the experiences some volunteers have visiting people who are the victims of trauma can be mind-blowing,” she said.

“It’s difficult because we go in and visit and then we leave and the detainees are left. That’s a cause of self-reflection for a lot of people.

“I think it is a case of constantly checking in with our own position of privilege and power and consciously trying to mitigate that in every interaction. It is about recognising the dire situation that our friends are in, something that we can just never fully understand, and finding a way to connect based on our shared humanity,” she said.

“At one point we were trying to do anything and everything and after a while that becomes wearing and is not sustainable,” she said.

“It can have a big impact on those dealing with vulnerable people and some of the people we’ve supported are very traumatised.

“So we’ve been mindful that the people doing this work need to be looked after and that it’s OK to step back for a bit and say that ‘this is getting to me,” Clare said.

But the efforts of Kindred volunteers have had a positive impact and the group also now has a focus on community engagement, through material aid collections and fundraising events.

The group’s Facebook page now has hundreds of followers in the Dandenong Ranges and across Melbourne.

“Part of our commitment is to raise awareness but we also try to help in a practical way. The beauty of a small group is that if someone needs $200 we can respond to that sort of thing quickly. Mostly, our call outs for support get overwhelming responses,” Clare said.

She said the power of “real stories and real family” has helped the group build public awareness of issues around asylum policies.

Clare tells the story of one Nauru detainee who became distraught when his father-in-law threatened to remarry his wife unless he was able to send money to support the family.

“The man obviously had no access to money to send home so we posted a Facebook call out and we were able to raise some money to sort things out,” she said.

Clare says the strength of Kindred’s volunteering model was its flexibility.

“We don’t ask people to commit for a certain number of hours, they can contribute what they’re comfortable with. And all of the money donated doesn’t go into a big pool; it goes directly to the people needing it,” she said.

Clare says as Kindred has grown, she and her colleagues have been humbled and grateful for the generosity, energy and compassion being shown by supporters.

“Kindred has really been a lot about bringing people together,” she said.

“And for me and my family; we’ve been enriched by so many of the people we’ve met,” Clare said.

To find out how you can donate or volunteer with Kindred, go to: http://www.kindredkindness.org/