Victoria’s 2020-21 budget amounts to the largest investment in the state’s diversity and multiculturalism in history.

Massive job creation spending, a public housing building program and a skills training push all include elements to ensure the budget measures will reach refugees, migrants and people from diverse communities.

The budget’s core aim is to stimulate an economic bounce back from the disastrous effects of the COVID-19 pandemic.

As part of this, the state government is investing more than $88 million in diverse communities, including investing $21 million towards the development of new or upgraded community facilities.

It is also providing $3 million in new grants to multicultural media to boost operations and audience reach in recognition of issues around in-language health messaging during the pandemic.

There is funding for playgroups for newly arrived families as well as more than $14.4 million to support multicultural and young Victorians into jobs, break down barriers to employment and make sure they know their working rights – particularly for migrant workers and international students. 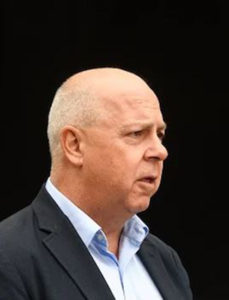 Also, an investment of $9.7 million over four years is aimed at preventing family violence and provide early intervention responses in migrant and refugee communities.

There is $830,000 to re-engage CALD children in kindergarten and $2.5 million for 15 hours a week of free three-year-old kinder for refugee and asylum seekers children.

With migrant women over-represented in casualised and insecure employment, the budget includes $5 million for the development of a pilot program to provide sick pay for casual and insecure workers.

More broadly, the budget includes large spending initiatives that will benefit Victorians from all communities.

There is a $1 billion jobs creation package that includes $266 million for a ‘jobs mentor’ scheme to give job seekers face-to-face support and $250 million to subsidise wages in new jobs as well as $150 towards helping women back into work.

More than $5 billion has been earmarked for 12,000 new social housing units and stamp duty is being halved for new homes costing less than $1 million.

The public health system will receive a $2.9 billion boost the response to the COVID-19 pandemic including $152 for mental health services.

The budget includes a raft of transport initiatives to improve infrastructure and create jobs including $2.2 billion for a Suburban Rail Loop, a similar amount on a Geelong rail upgrade.

There is more than $1.6 billion for road network upgrades and more than $60 million for cycling and pedestrian improvements.

The state government is investing $1.2 billion across kinder, schools and TAFEs as well as an extra $3.8 billion over the following three years. 80,000 new TAFE places will be created over four years, worth $631 million.

An analysis of recent data from the latest Australia Labour Market Update, produced by the National Skills Commission (NSC), as well as from the Australian Bureau of Statistics (ABS) and the Census, shows a widening gap in unemployment rates between migrants and the Australian-born population.

The analysis shows that the gap has increased to almost two per cent and the sectors hardest by the economic fallout are largely ones that employ a disproportionate amount of migrants and refugees.

And, proportionately, there are twice as many migrants and refugees looking for work as Australian-born jobseekers.

The state budget papers outline how the Victorian government will use record levels of debt and deficit to outlay $49 billion over the next four years in a bid to spark a recovery from the COVID-19 recession.

It has set a target of creating 400,000 jobs in the coming five years as Victoria’s unemployment rate is expected to rise as high as 8 per cent by the end of the year – with women and young people being worst affected – and will remain well above 5 per cent for at least four years.

”The budget shows compassion for those most affected by the economic effects of the pandemic,” Ms Scarth said.

“COVID-19 has had a big impact on our economy and also the social ties that bind us. This budget will repair some of that damage and boost employment and housing opportunities for those worst affected,” she said.

“We also welcome the government’s investment in connecting communities and strengthening Victoria’s vibrant brand of multiculturalism.

“It was pleasing to see and significant investment to attract women and people from CALD communities into trades and funding to support cultural safety training and the Career Mentors for Multicultural Learners program.

“It’s heartening to see that Victoria’s COVID-19 economic recovery plan is inclusive of those who are new to our shores,” Ms Scarth said.

Other major spending areas include:

*A $2 billion ‘breakthrough fund’ for research and technology

*$1.6 billion for school and disability funding.

*$1.4 billion for an upgrade to Melbourne’s arts precinct.

*$30 million for an elective surgery blitz

*$20 million for continuing negotiations on a treaty with Victoria’s First Nations people.