Tragedy, art and the human condition – a refugee’s perspective

For Bosnian-Australian artist Saidin Salkic surviving the horrors of Srebrenica have fuelled a cathartic and intense passion to create art.

The filmmaker, poet, writer and visual artist says the worst mass killing in Europe since the end of World War II still lives with him.

“For me Srebrenica is the present. I live with that every day,” Saidin said 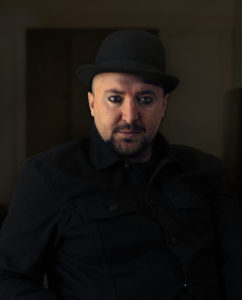 He was 12 years old when Bosnian Serb troops overran the United Nations declared “safe area” where he, his mother and sister, and thousands of other Bosnian Muslims had sought refuge in July 1995.

Tens of thousands of Bosnia Muslims had fled the Bosnian Serb army and were being protected by 600 lightly armed Dutch peacekeepers in the enclave in eastern Bosnia.

But on July 6, the Bosnian Serb army advanced. They took some of the Dutch soldiers hostage and demanded that the Bosnian Muslim fighters hand over all of their weapons in return for safety.

The Serbs then took away men aged 12 to 77 for what they said would be interrogation.

Also, 23,000 women and children were forcibly deported amid widespread reports of rape and torture.

As his family tried to board a bus to leave the camp near Srebrenica, soldiers ordered Saidin to one side.

“My mother realised I had been taken away and she turned around and she started screaming, pulling me away,” he said.

“They pulled their guns out. They said ‘shut up we are going to kill you’.

“And then one of them said he is too young he can go.”

But Saidin’s 33-year-old’s father was not so lucky. He was captured as he attempted to hike a forest trail to the town of Tuzla.

His execution was recorded on the infamous ‘Skorpions video’ which emerged in 2005 finally confirming the murderous excesses of the Bosnian Serbs.

“On SBS News in 2005, I saw the execution of my father in the video with five other Bosnians,” Saidin said.

“He was wearing the same blue shirt I saw him wearing last. He was executed last. He was made to pull the bodies of other people that had been executed into the bushes,” he said.

The video was instrumental in bringing the leaders of the Serb forces – including Bosnian Serb commander Ratko Mladic, President Radovan Karadzic and the paramilitary leader known as Arkan – to justice.

It became the ‘smoking gun’ – the final, incontrovertible proof of Serbia’s part in the Srebrenica massacres – when it was shown at the UN’s war crimes tribunal for the former Yugoslavia in The Hague.

The brutal tape shows the execution of six Bosnian Muslim prisoners, four of whom were under 18. The beaten prisoners, hands bound, are shown lying face down in a lorry. A guard kicks one in the head. They are ordered off the truck, told to lie down and, in a later clip, shot in the back while standing.

The first four to die are ordered to walk forward, one by one, and then shot. Then the hands of the last two – one of them Saidin’s father – are unbound and they are told to carry the bodies to another spot, where they are also shot.

Saidin is still haunted by those times.

“Everybody I ever played with never came through. Never came back,” he said.

After years in refugee camps the Salkic family settled in Australia in 2001 making Melbourne home.

Now a father himself, Saidin says his 7-year-old daughter Sevdah has brought his family joy.

And he has been able to find solace in his art.

He has carved out a career as an extraordinary experimental filmmaker; and a poet, songwriter and painter. 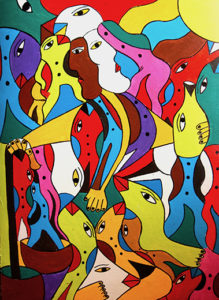 His work has been exhibited widely, including in Melbourne, Sydney, Adelaide, Brisbane, Sarajevo, Belgrade, Gratz and Cork.

His first film ‘Karasevdah; Srebrenica Blues’ is a meditation on the nature of suffering and the possibility of reconciliation.

His most important recent work, a 40 minute film entitled ‘The Arrival of the Phoenix’ was featured at the Adelaide Film Festival and the Wyndham Learning Festival.

In his unique and poetic style, Saidin Salkic discusses his life, his art and what motivates him…

Tell us about life growing up in your homeland?

I am aware of the discourse of memories everyone reaches into and tries to speak about.

I will try and do it my way, as a poet that I am, in the midst of it all. Growing up was full of childhood laughter, winter slides and barefoot summertime runs down the hills of Bosnia.

The excited runs down towards the river. There at that mountain stream, hidden among the summertime leaves, I once saw my childhood friend, Dzemo fishing.

He never survived the Srebrenica genocide. I still remember seeing him that day. Many years later I made my first film Srebrenica Blues and I spoke about the lost boys from my childhood.

Based on that film, one of the greatest Indigenous artists of all time Tracey Moffat, sponsored the making of my second film, Konvent.

How did conflict change that and what were your experiences of war?

A boy can grow up quickly. I felt I did grow up quickly, that changed. Instead of laughter I started hearing the sounds of shells flying through the air, as I was running through those same fields, this time in fear, hoping that we’ll get somewhere safe, before the inevitable explosion.

You mentioned witnessing your father’s execution – are comfortable talking about that?

You can never be comfortable talking about things like that. It completely changed my life. I became the man I am, in a moment of time.

I started jumping on planes, made my first film, Srebrenica Blues, about the Srebrenica Genocide. The film that is now considered one of the most unique ever made in that genre.

My father was one of the most beautiful humans that ever laughed under the clouds, truly.

There is a shrine in Bosnia for my father, where many people gather every year. I have said this in many national and international interviews, for many years I made the art for the glory of my father.

Then, when my daughter Sevdah was born, I released I was making it also for her. In the midst of it all, I must have been making it for myself too…

How did you develop an interest in art?

The art invaded me gently, but with immense intensity. I became one of the most prolific artists of my generation, with such wide and intense output. 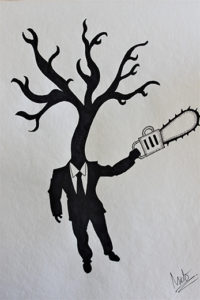 I have made ten avant-garde films, some of them have been called masterpieces by different people. I suddenly felt wide awake.

I have painted and drawn thousands of pieces of art, I published two books in Bosnian, and I have quite a few ready to publish in English. I have recorded hundreds of songs in different genres with some great pop, jazz, blues and avant-garde musicians.

Are your experiences reflected your art – and how?

It is impossible for me as an artist to practice the sacred medium and not to feel the responsibility of evolving it and making it more relevant than it was, before it became mine.

Art by its nature must be intimate. It must attempt to be true to our own intimacies. This is why it is important for the art to be based on the foundations of utter morality.

Even imaginations must have moral foundations to not be dangerous tools, as they are now in the hands of those so called “artists” who are now bombarding us and our children with nonchalant blindness.

Nietzsche said: ‘for the science to be trusted, it must be in the hands of the philosophy that can be trusted’.

I think in the way that matters, the same applies to the art. Yes, of course, I am reflected directly and intensely in my art.

Has art been an outlet or source of solace because of your experiences? 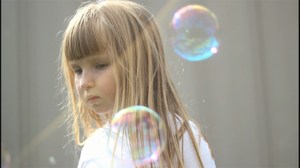 I have always said: ‘family is family and art is friends’. To me, it has proven itself as such. You have used such a specific and beautiful word ‘solace’. That is what peace is in a way, it is silence. And I have learned to treasure it profoundly. Art has shown me the way in this, our Australian society.

Tell us about leaving Bosnia and coming to Australia?

To answer your profound question, I must use two quotes from my film ‘The Arrival of a Phoenix’: ‘The only thing harder that leaving is coming back’…and… ‘One must say, one day, goodbye, to the soil of his childhood’.

The dreams of those who have had to leave their homes are full of melancholy, for me, for the artist, the gift of true melancholy is inevitable.

Do you think I have forgotten those barefoot runs down the hills of Bosnia? No… They are in me, but they are crucial for the further understanding of the priceless value of the home I am creating here, in this land, Australia.

Do you still have real or emotional connections with your home?

Yes, I do. Last year CNN Balkans has published an interview with me, with the heading: ‘From the hell of Srebrenica, to Australia’s greatest artist’.

It has always been so important to me that my people know what I am doing, with what passion and with what intensity. This, because of them knowing who I am, from where, what I do, and under what circumstances of history, it has always been important for me that they know I am working hard.

Recently, one of Australian greatest film personalities, 85-year-old John Flaus, the man who established the first films studies curriculum in this country has compared my film work, with the work of Gertrude Stein in the history of literature, as a “great explorer”.

This means a lot to me and to those in Bosnia who care for what I do and how I do it. So, yes, my connections with Bosnia are profound and direct. But I am also Australian artist. They know that too.

What are your dreams, aspirations for the future and is there anything else you want to share?

We are here, in this moment of time, in this beautiful land we have the privilege to call our own. I am in a way in the epicentre of it; at the heart of the artistic and with it social and moral evolution forward.

I am working hard to have the art I make further influence the social streams of our society.  We bare the great responsibility to advance our Australian society in every moral specificity that we can.

I would like all in this society, including the ‘immigrants’ and those who consider themselves ‘Australian’ to know that we are all the same, we have the same foundations, rights and with it responsibility.

All the great historically documented achievements happened after the great migrations. We are that society now. Many things are being achieved. I am the part of it. The culture is something that constantly evolves, changes and grows, and all the migrant communities are equal part of it to anyone else.

I need them to feel proud and equal and with it; responsible to the present and to the future of our great society. With every step we take, we must try to make it more just, more relevant and more beautiful for all of us to enjoy.