The number of households in Victoria will almost double from 2.4 to 4.6 million from but households will be smaller; the overall population will increase from 6.5 million to 11.2 million, and; inward migration will account for twice as much of the growth as natural births.

These are key predictions of a landmark study looking ahead at Victoria’s population growth to 2056.

The ‘Victoria in Future 2019: Population Projections 2016 to 2056’ report says that Victoria has been growing by more and at a faster rate than any other state or territory at up to 150,000 people a year. 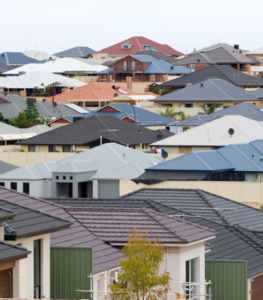 The composition, or characteristics, of the population can be just as important as the size or the growth rate and places with the same population size may require different services and infrastructure depending on the mix of ages and household types, the report says.

“The median age in Victoria is 36 – young by standards in the developed world. Almost two thirds of Victoria’s population is within the key working ages of 18 to 64 years, while fewer than one of every six Victorians is aged 65 years or over,” it says.

But by 2056 the population will have aged significantly by proportions, particularly as the large ‘baby boomer’ cohort moves into the oldest age group.

The absolute numbers in the younger age categories are still expected to increase strongly. An additional 560,000 people are expected at school ages.

By 2056 the median age of Victorians is projected to increase to 41.

“The number of households in Victoria is projected to almost double from 2.4 to 4.6 million from 2016 to 2056, but households are expected to be smaller,” the report says.

“Older Victorians are more likely to live in a one-or two-person household than a larger household so, as the population ages, both the number and the proportion of these households increase. The average size of a household will therefore decrease: from 2.54 persons per household in Victoria in 2016 to 2.40 in 2056,” it says.

The report says the proportion of families with children will decrease over time, but the actual number will increases by 82 per cent or almost 850,000.

“The numbers of couple only and lone person households are expected to double while their share of all households increases slightly,” the report says.

“From 2016 to 2056 Victoria will require an additional 2.3 million dwellings to house the extra population: almost 1.9 million in Greater Melbourne and over 400,000 in Victoria’s regions,” the report says.

It says that population growth will not be evenly distributed across Victoria with Melbourne netting the lion’s share of growth.

“The Greater Melbourne Capital City Statistical Area accounts for approximately 77 per cent of Victoria’s population and over 85 per cent of recent growth,” the report says.

It says the strongest growth in regional areas will be seen in three major regional centres – with Geelong, Ballarat and Bendigo projected to account for around half of all regional growth.

The fastest rates of growth are expected in Melton (4.3 per cent) and in Mitchell Shire (4.5 per cent – mostly within the metropolitan Urban Growth Boundary), the report says.

Elsewhere, inner Melbourne is projected to grow strongly with the CBD, Docklands and Southbank getting an extra 123,000 people by 2036.